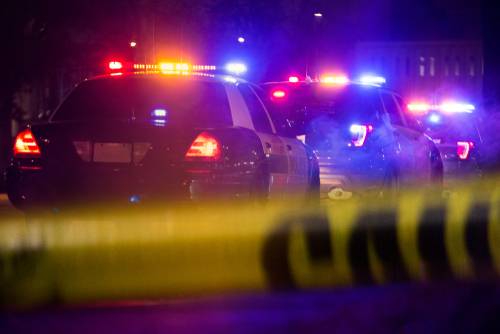 In Milwaukee, prosecutors said that a 10-year-old boy deliberately pointed and aimed a gun at his mother before shooting and killing her because she refused to purchase him a virtual reality headset.

Initially, the boy told police the shooting on November, 21 was an accident, according to the criminal charges that were obtained by the Journal Sentinel. However, he later admitted he had shot his mother intentionally. It was announced last week that the boy would be charged as an adult with first-degree reckless homicide.

In Wisconsin, children as young as ten are charged with certain crimes as adults, although they can seek to have the case moved to juvenile court. Family members report that the boy has mental health issues.

As reported by the Milwaukee Journal Sentinel, Angela Cunningham, the boy’s attorney, said, “This is an absolute family tragedy; I don’t think anybody would deny or disagree with that,” she added, “The adult system is absolutely ill-equipped to address the needs of a 10-year-old child.”

In the early morning hours of Nov. 21. Officers were initially told that the boy got the gun from his mother’s bedroom and went down to the basement, where his mother was doing laundry. He said he was spinning the gun around his finger when it went off. According to an initial police release, the shooting was caused by a child “playing” with a gun.

The police were contacted by concerned relatives the next day after the boy gave more insight into what had transpired.

According to the journal, his aunt reported that after picking him up, the boy retrieved a key to the gun’s lockbox from a set of house keys. After his aunt asked him about the shooting, he said that he had retrieved the gun and pointed it at his mom, and his mom asked, “Why do you have that? Put it down.”

Police went on to do a second interview with the boy after the new information came to light. Detectives reported that the boy was in a shooting stance when he pointed the gun at his mom. According to the complaint, he shot her when she walked in front of him, after he was trying to scare her.

He told police he got the gun from the lockbox because his mother woke him up too early – at 6 a.m. rather than 6:30 a.m. He also told police that his mother refused to let him buy anything on Amazon that morning.

According to the boy’s aunt and sister, he never cried or showed remorse after the incident. In addition, it was reported that the very next day after he shot his mother, he logged onto her Amazon account and ordered an Oculus Virtual Reality Headset.

Family members report that the boy has exhibited disturbing behavior in the past. Apparently, at the age of 4, he swung the family’s puppy by its tail. The boy also set a balloon on fire six months ago, causing an explosion that burned furniture and carpet.

Family members recalled the boy telling them he hears five imaginary people talking to him. According to relative accounts, he exhibited “rage issues” throughout his life. He was also intelligent and manipulative, according to his family.

According to police, the boy did understand that guns can kill people. The boy is currently being held in a detention center.