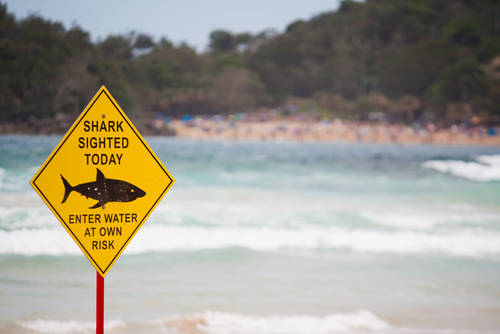 Jameson Reeder Jr., a ten-year-old boy, was bit by a shark while swimming off the Looe Key Reef in Florida.  The bite was so severe that he had to have part of his leg amputated due to the damage caused by the shark. As soon as his family heard him calling for help, both his father and brother jumped into the water to save him.  This happened last Saturday, August 13.

According to Jameson’s uncle, they believe the shark was an eight-foot Bull shark.  He goes on to say that as soon as the event occurred, Jameson’s parents called for help and a boat nearby responded.  Amazingly there was a nurse on board, and the boat itself was faster than their own boat.  He added that “They arrived safely to the hospital and swung into action right away. They had to remove/amputate from just below the knee to save his life as it was not operable from the damage the shark had caused. They said the shark made the decision for him and wasn’t anything they could do to save it. But his life was spared. Thank you Yeshua/Jesus!!!”

The sting comes as unprovoked shark attacks worldwide seem to be leveling off after rising for the past 30 years. Many of these attacks were “cases of mistaken identity” that occurred in low-visibility conditions.

There were 73 confirmed shark attacks around the globe last year.  Forty-seven of those were reported in the United States.  Florida’s five-year average is 25; in 2021, they again had the highest number of reported attacks, 28, which lines up with the averages.

According to an article by CNN, Researchers are investigating whether rising sea temperatures and conservation efforts could increase shark attacks in another part of the United States, the northeast. Experts speculate that the waves and abundance of swimmers and surfers in the water contribute to these incidents in the Florida area.