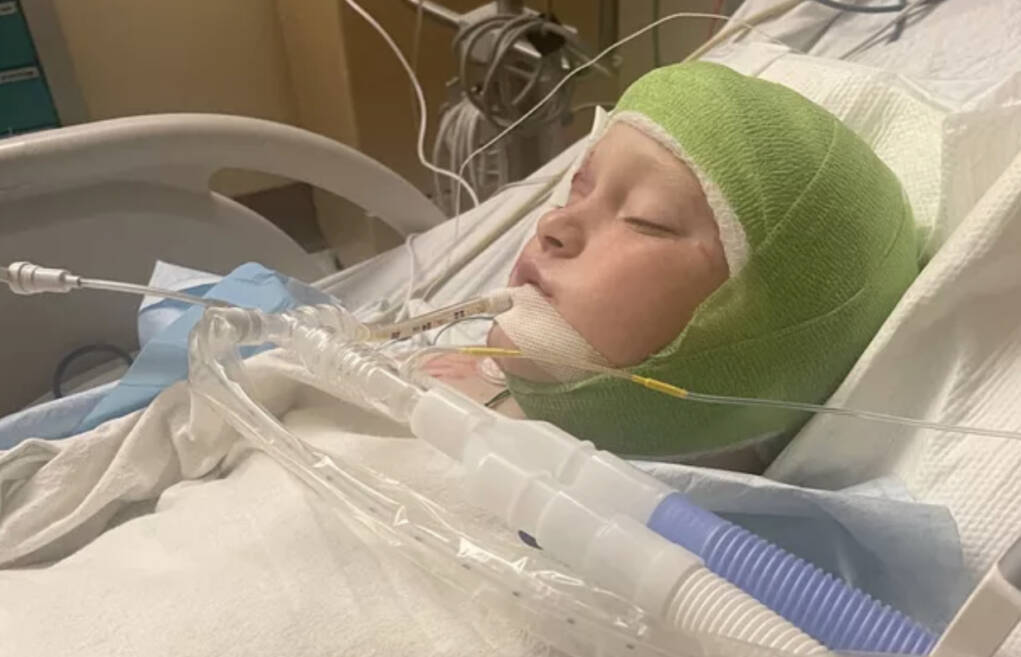 An 11-year-old in Columbia County, GA was riding his bike home on January 7, when three pit bulls violently attacked him. The owner of the animals has been arrested.

When Justin Gilstrap was riding Friday, three loose pit bulls suddenly attacked him. The dogs dragged the 11-year-old boy off his bike and into a ditch.

In an interview with the Augusta Chronicle, Ericka Gilstrap, Justin’s mother, said that Gilstrap’s 11-year-old cousin, Mason Aguilar, was outside playing soccer and heard Justin screaming.

She told the news outlet, “By the time he got to him, he could see the dogs, and that’s when he called 911. Justin was alone when it happened, and that’s what is so heartbreaking to me.”

A neighbor and Justin’s grandmother immediately rushed to the boy’s aid. The grandmother used the bike to fight off the dogs while the neighbor helped Justin out of the ditch. During the incident, the grandmother’s forearm was bitten by one of the dogs.

The 11-year-old boy suffered severe head injuries from the pit bull attack. The dogs had ripped off one of his ears and about 80% of his scalp. He also has part of his leg bone exposed as the doctors could not close it.

As a result of Justin’s attempts to defend himself against the pit bull pack, his feet needed staples, which he used to kick the dogs.

Ericka shared how hard it is to give her son a hug in his condition. She shared, “As a mom, I don’t even know where to touch him. When he wants a hug, I’ve got little places on his face I’ll kiss, but I don’t want to hurt him. There’s one spot right over his heart that doesn’t have any bruises or marks, so I put my hand there and rub when he starts waking up, and he just goes right back to sleep.”

After the traumatic experience, the heartbroken mother hopes her son will not experience PTSD.

Burt Baker III owns the pit bulls and has been arrested. Baker is being charged with reckless conduct. Currently, he is out on bond.

During an interview with police, Baker said that his dogs enjoy chasing bicyclists.

Ericka claims Baker’s dogs roam free in the neighborhood and have even gotten into her family’s backyard. According to her, there is no fence to contain Baker’s three pit bulls on his property.

To pay for Justin’s medical bills, a GoFundMe campaign was launched and has raised over $215,000 of the $250,000 goal. As of January 14, Justin is still in the hospital, he is shown in an update on the GoFundMe page, smiling in a hospital chair covered in bandages. His mother said, “he just wanted to say Thank You to everyone!.”