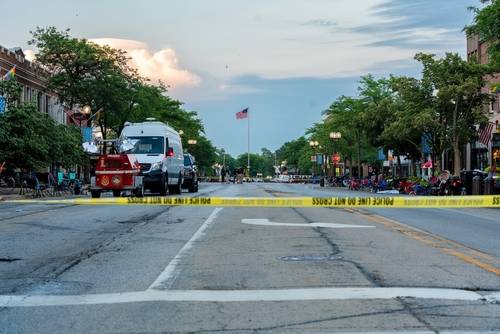 A 13-year-old boy, Jeremiah Wilcox, was ruthlessly killed after being shot multiple times in the street in Philadelphia, according to police.

The Wagner Middle School eighth-grader was shot multiple times in the head and face outside the school at an intersection while hanging out with friends. The circumstances surrounding the shooting remain unclear.

According to reports, arriving officers found Wilcox lying on the sidewalk. He was rushed to Einstein Medical Center, and later, he was pronounced dead.

Cops are still on the hunt, as no arrests have been made. Police have not recovered any weapons as of Tuesday and they are still trying to piece together a description of the shooter.

Scott Small, Chief Inspector, told 6ABC. “We’re not certain if he was struck by stray gunfire,” He added, “But who and why someone would shoot a teenager intentionally, it’s unknown why someone would do that to someone so young.”

Wilcox’s cousin Isaiah told ABC6, “It’s just something that we may never truly heal from, honestly. I know I may not.” He talked about Jeremiah and who he was; he said, “He was very, very funny – honestly, the funniest person I know. He was into sports and loved to play games.” He added that he is worried about Wilcox’s 5-year-old sister, that doesn’t understand the finality of the situation.

Jerry T. Jordan, President of the Philadelphia Federation of Teachers, said his “heart breaks” for the loved ones of Jeremiah.

Jordan added in a statement, “Our city is once again reeling from the murder of a child, a thirteen-year-old boy in West Oak Lane whose life was stolen from him, robbed of his future dreams and aspirations, never to even graduate eighth grade,” Jordan said in a statement Monday evening.

“My heart breaks for all who knew and loved him: his family, his friends, his neighbors, the entire Wagner Middle School community; the impact of such a tragedy is measureless.”

As Jordan pointed out, this is the 416th homicide in Philadelphia this year.