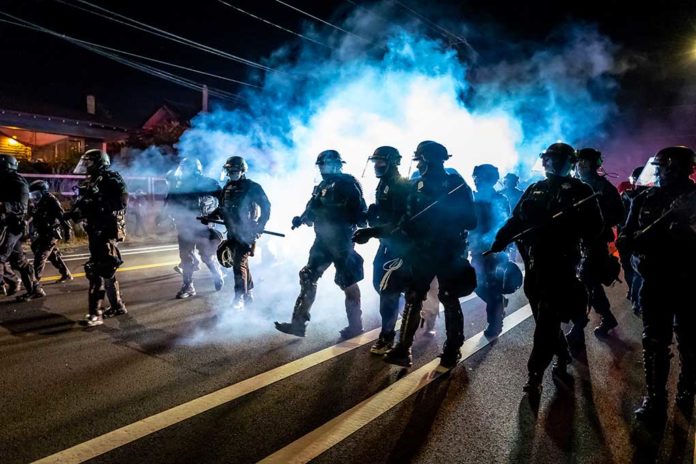 (TheDailyHorn.com) – In the wake of George Floyd’s murder in police custody in 2020, Democratic-led communities pushed to defund the police and changed the rules around how officers do their jobs.

Austin, Texas, is a liberal bastion in the center of one of America’s most conservative states. During one of the riots that swept the city in 2020, protestors allegedly received head and body injuries after the police fired beanbags to disperse rowdy crowds.

On Tuesday, February 22, Austin prosecutors indicted 19 officers for allegedly causing injuries during protests. It’s the largest number of indictments in any city that experienced violent riots in 2020.

Of the 19 accused, 18 police officers were charged with two counts of aggravated assault by a public servant. Prosecutors charged the remaining individual with multiple counts of injuring protestors.

During the riots, police worked up to 12 consecutive days as protestors and rioters threw frozen water bottles at them, as well as bottles filled with urine, rocks, exploding fireworks, and even a Molotov cocktail.

Attorneys representing 8 of the arrested officers said their clients were released on a $1 bond and the police department placed them on administrative duties.

If the officers are found guilty by a jury, they could face 99 years in prison.