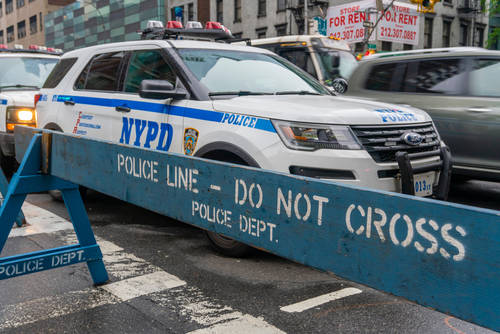 On the Upper West Side of New York City, 82-year-old Hubert Meulens was hacked in the head with a machete by an emotionally disturbed woman. According to reports, the woman is well known by police for carrying knives and machetes.

Meulen was going by foot to update his Metrocard at the MTA office. On his way, the woman attacked him from behind.

Meulen recalled, “When I turned the corner, I received a blow in the head… I thought something came down from a building — an object or something.”

Twenty-year-old Deashe Calhoun allegedly assaulted Meulen in an unprovoked attack, leaving him with a fractured skull and eleven stitches. After the brutal assault, Meulen tried to follow Calhoun down the street, and Calhoun ended up dousing him with bear spray.

Meulen said, “She turned and sprayed my eyes.”

Calhoun had already been released after seven previous arrests involving a machete and other weapons and had been involved in a similar attack just days earlier.

Peter Marcel, Meulen’s son, told the NY Post, “I tell him every night, be careful on the trains and in the street.” He added, “there are a lot of zombies on the trains, who are very unpredictable and irrational. It’s not being dealt with. Unfortunately, my fears have come true.”

Meulen is an immigrant from Curacao. He spent his career as an accountant and continues to work as a concierge as he cares for his sick wife, battling cancer, diabetes, and dementia.

“Even with just one blow, I could have passed away,” Meulens told the NY Post during a phone interview. “I am not angry,” the eighty-two-year-old vocalized. “I would suggest she needs to be examined by a doctor. She needs psychiatric help.”

Michael Meulens, Meulens, son, told the DailyNews, “There has to be something to address these psych patients, the quality of life is going down. What is going on in the city?”

Calhoun was arrested on the scene and charged with multiple infractions, including felony assault.