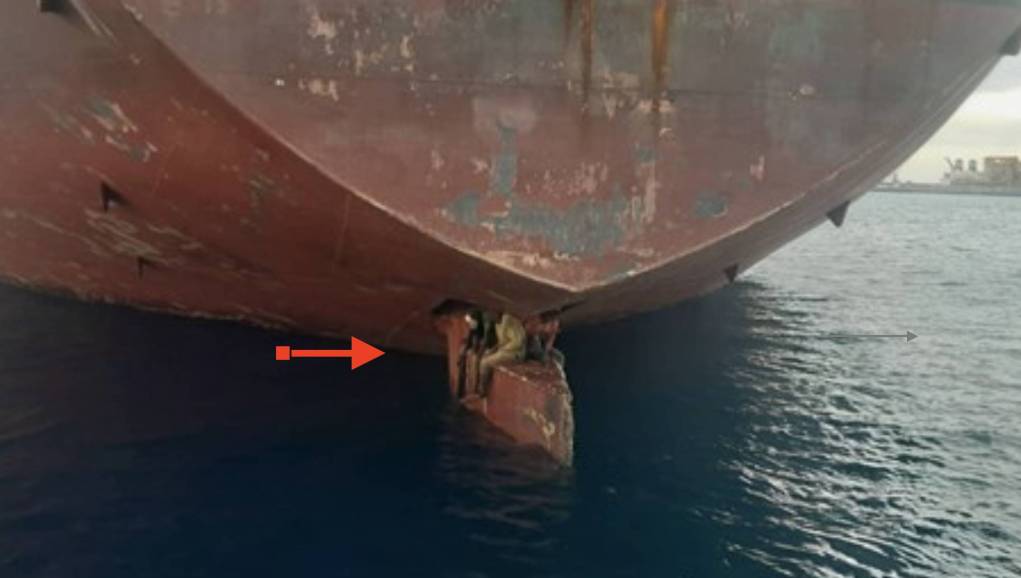 The Spanish coast guard rescued three people after they were stowed on top of an arriving Nigerian ship’s rudder.

A picture that was released on Twitter Monday night displays the migrants on top of the rudder. They are shown resting on the rudder of the oil and chemical tanker Althini II in a photo released by the coastguard on Monday.

It was a long journey for the stowaways. The ship began its journey in Nigeria and ended in the Gran Canaria. According to Marine Traffic, a website that tracks ships, the Althini II arrived in Las Palmas in Gran Canaria on Monday after an 11-day journey from Lagos in Nigeria.

The Spanish Coast Guard reported that health services attended to the migrants once they arrived at the port. After their perilous trip, they were treated for hypothermia and dehydration.

Many African migrants attempt to reach Europe through the Spanish-owned Canary Islands. Reuters reported that the Canaries are now the gateway for two thirds of African migrants entering Spain. According to government data. So far, 9,589 people have reached this destination during the same time last year.

According to the Red Cross, more than 20,000 migrants from West Africa crossed into the Canary Islands last year. The organization reports that more than 1,100 people lost their lives at sea.

There were reports that four Nigerian stowaways survived for ten days on a Norwegian oil tanker that traveled from Lagos to Las Palmas in 2020.

According to Fox News, 14-year-old Nigerian claims he stowed away on top of a cargo ship’s rudder for 15 days while it traveled from Lagos to the Canaries also in 2020.

In West Africa, migration continues to be fuelled by poverty, violent conflict, and a lack of job opportunities, the Red Cross reports.