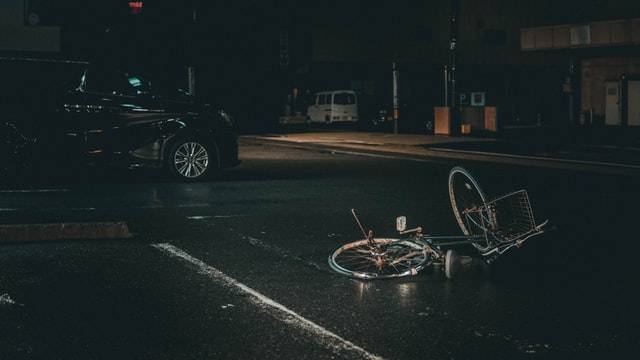 Dmitry Putilov, 42, was hit by a Black 4-door Infiniti traveling at a high speed as he tried to cross an intersection with his two sons, ages 6 and 8. His sons were not physically hurt.

The driver did not stop and went westbound towards Interstate 980, police said.

Police released a video Thursday showing the vehicle that killed a deaf father biking with his children in downtown Oakland on June 16. The kids weren’t hit by the driver, who was traveling at a high rate of speed.

Putilov was riding his bike and crossing the street when he was struck by a black four-door Infiniti that was driving at a “high rate of speed”. The driver did not stop and continued driving toward Interstate 980.

Putilov was born in the Soviet Union, immigrated to Europe and then the U.S., and worked at a local construction company. He survived by his wife and children after this tragic traffic accident.

Police released video surveillance images of a vehicle that fled after hitting the father and his two sons while bicycling near City Hall.

The police are offering a reward of up to $10,000 for information that could lead to the arrest of the driver. Money has been raised through a GoFundMe Account to cover the costs of cremation and a memorial service this fall.

To receive more information on the story of this deceased father, consider the following news outlets listed below for additional details.