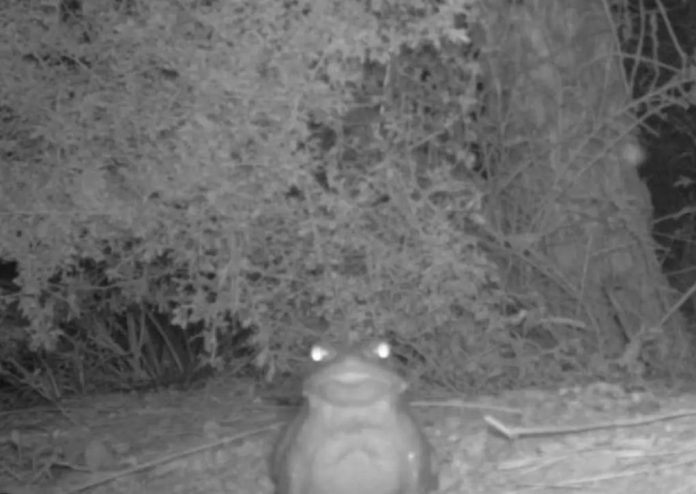 Park service officials have issued a PSA urging people not to lick toads in the wild to gain access to 5-MeO-DMT, their gland-secreted psychedelic.

“These toads have prominent parotoid glands that secrete a potent toxin. It can make you sick if you handle the frog or get the poison in your mouth,” the service warned.

“As we say with most things you come across in a national park, whether it be a banana slug, unfamiliar mushroom, or a large toad with glowing eyes in the dead of night, please refrain from licking.”

In addition, poison control warns that “not only is this illegal (5-MEO-DMT is a DEA schedule I drug), it’s also quite dangerous.”

“Licking or swallowing can lead to numbness of the mouth and throat as well as severe and life-threatening effects on the heart as a result of the digoxin-like compounds and catecholamines described above,” says the department.

“These effects include irregular rhythm of the heart, heart block, reduced blood pressure and cardiac arrest.”

There are still plenty of celebrities who love tripping on the venom of toads, including boxer Mike Tyson.

“With Bufo therapy, I realized I had purpose in life,” Victoria Barbera, creator of the psychedelic toad-milking therapy told reporters.