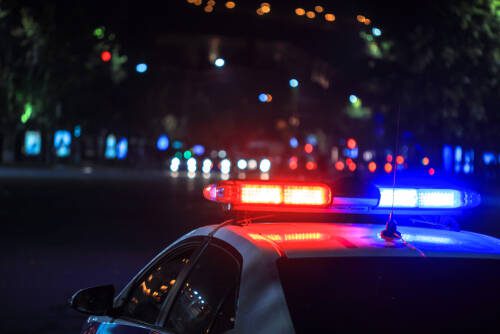 According to a news release from the High Point Police Department, the deaths are being investigated as a murder/suicide.

At around 7:00 a.m., High Point police officers found “two people screaming for help” on Mossy Meadow Drive. As reported by WFMY, Matt Truitt, the High Point Police Capt., said that two adults were “running down the street …screaming that they needed help.”

A neighbor told WFMY the two kept ringing the doorbell and shouting for help until she and her parents woke up.

She called the police at that point.

She told the outlet, “I was just like, that’s never happened here in like for it to just happened in my house especially it’s like oh my God, what do I do? I just decided to call 911 because I was like, I’ll just leave it up to them because I don’t want to put my life on my family’s life at risk.”

A police team then forced their way into a 2734 Mossy Meadow Drive home and found five dead people inside. According to the police, there is no threat to the community.

The man and woman screaming for help were not injured.

The names of the victims have not been released yet, but police say they are continuing to investigate the killings. Police say that to protect the investigation, no other information will be released at this time.

This comes just a few days after eight bodies were found dead inside a home in Enoch, Utah. Police report all of them suffered gunshot wounds, and all eight were reported to belong to the same family. The husband is accused of killing his five children, wife, and mother-in-law before turning the gun on himself.

The High Point Police Department urges anyone with information to contact Crime Stoppers of High Point anonymously at 336-889-4000.