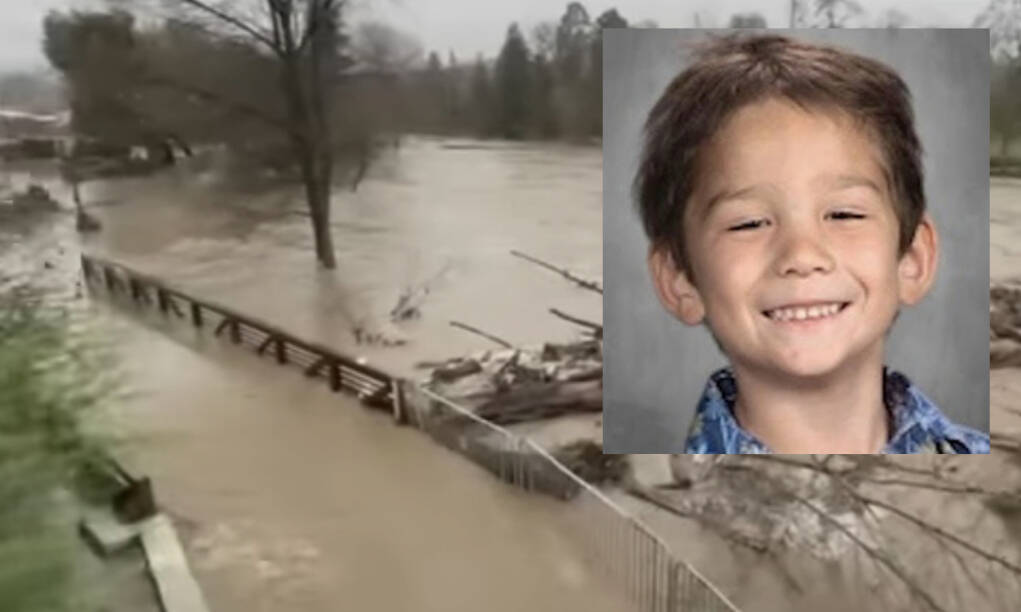 During the devastating series of storms that have struck California, a five-year-old boy has gone missing after being swept away by floodwaters.

The tragic event happened on Monday in Paso Robles, California. According to Tom Swanson with Cal Fire/San Luis Obispo County Fire Department, the boy was driving with his mother in a truck when it became stranded in the waters.

Bystanders were able to pull the mother to safety, but despite their best efforts, Swanson said the boy was swept out of the truck and carried downstream.

An evacuation order was not in effect in the area at the time of the incident.

Despite finding the boy’s shoe, firefighters had yet to find the boy during the hours-long search. According to officials, the search and rescue efforts were canceled on Monday as the conditions became too dangerous for divers. The rescue resumed on Tuesday morning as the boy has not been declared dead.

“We continued that search this morning and we have searched all day. We have just concluded for today, that search, and we still have not located the boy,” said Tony Cipolla from the San Luis Obispo County Sheriff’s Office to NBC Los Angles.

“San Miguel is a small, very close-knit community, and everyone has the family in their thoughts and prayers during this unfathomable tragedy,” Grandoli said. “The family is continuing to search for him in hopes that he might be found. Staff is beginning to organize support for the family. We are determining what their immediate needs are at this time.”

According to the boy’s father, the pair were on their way to school when the incident occurred.

The whole state of California is on watch as these storms hit the golden state. Thousands of people are under evacuation orders in parts of the state as heavy rains continue to fall, threatening more flooding in a series of storms that have killed at least 17 people.