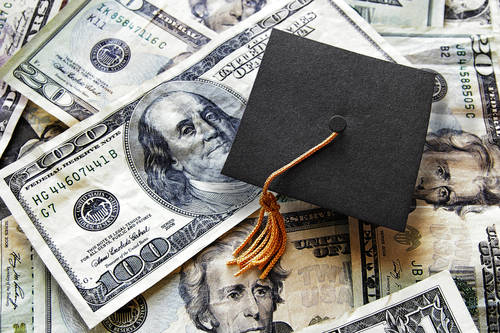 The Biden administration reached a deal this week to cancel $6 billion in federal student loan debt for about 200,000 borrowers who attended mostly for-profit colleges.

The Project on Predatory Student Lending celebrated the “momentous proposed settlement” on Thursday. A hearing for the judge to give the final sign-off is scheduled for July 28.

The Biden administration has canceled billions of dollars in federal student loan debt for borrowers who were defrauded by their colleges, and has also expanded eligibility for the Public Service Loan Forgiveness program.

The Department of Education reached a deal with the plaintiffs to wipe away the remaining federal student loan debt for 200,000 affected borrowers. Another 64,000 borrowers may also be eligible for debt relief.

President Joe Biden said he was considering some broad student loan forgiveness, though a smaller amount, and may set an income threshold to exclude high-earning borrowers.

Student debt cancellation is not a solution to the student debt crisis, but it does provide a clean slate for millions of Americans to move forward with their lives.

While broad student loan debt cancellation could deliver financial relief to millions of Americans, it would do nothing to lower college costs.