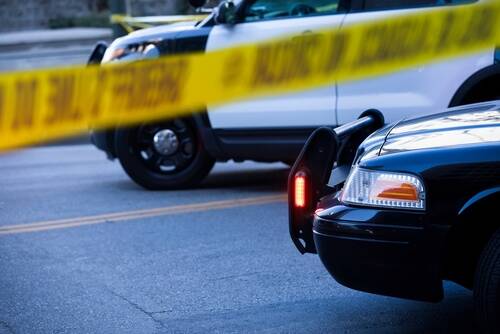 The bodies of eight people were found inside an Enoch City, Utah, home on Wednesday. Police report all of them suffered gunshot wounds.

According to city officials, three adults and five minors were found inside the home, all belonging to the same family. They were found in a house on Albert Drive in the 4900 block.

The bodies were discovered inside the house after police were called for a welfare check. The reason for the check is unclear, nor whether police have previously been involved with the family.

There has been no release of the victim’s names or ages, but those who knew the family were shocked.

Fox13 reports that neighbor Tom Deville shared, “I just feel terrible. They were just really nice people, and I mean, it’s going be one of those things that who knows.”

According to officials, there is no threat to the public or any suspected suspects at large.

It was reported that all five minors attended schools within the Iron County School District. In response to the incident, a Crisis Intervention Team will be in schools to provide emotional support to students and staff.

The district released a statement and stated, “We are saddened by the loss to our school community and will make every effort to help you and your child as needed,” the district wrote in a statement.

Utah Governor Spencer Cox tweeted his condolences. He said in his post, “Our hearts go out to all those affected by this senseless violence. Please keep the community of Enoch in your prayers.”

An investigation is currently being conducted.