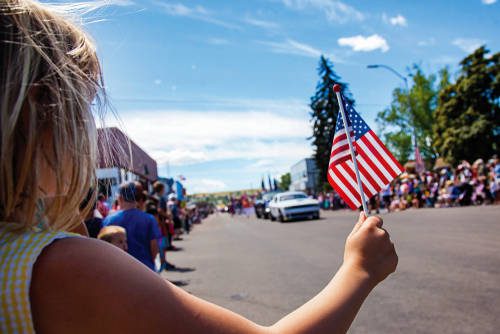 The 4th of July weekend is all about family and patriotic fun. However, for one family, a holiday weekend of celebration turned into a deep tragedy when an unbelievable accident occurred.

A young child was hit by a float from the Patriots All-stars and was being treated in critical condition. The scene was locked down, and the police took several pictures of the scene to mark the area for an investigation.

The girl was performing in the Kaysville July 4th parade, a moment that was originally meant to be remembered positively. However, she fell off of the parade vehicle during her performance and became fatally injured.

The crash happened about 45 minutes after the parade started. Authorities are investigating the scene, and a GoFundMe campaign has been created for the girl’s family.

The child fell off of the trailer of the parade vehicle and was struck by the car’s tire. She was taken to a local hospital where she was later pronounced dead. The family confirmed that she was pronounced dead at the hospital.

The Mandan Police Department is investigating the incident. The girl that died in this accident is believed to only have been 8 years old, an elementary schooler who had a long life ahead of her.

UPDATE: ⁦@KaysvillePolice⁩ now tell me the girl who was hit by a vehicle during the Kaysville parade today is 8 years old, not 12. ⁦@KUTV2News⁩ https://t.co/OeD59mkf5k

For more information on this tragic story, consider the following news outlets listed below.