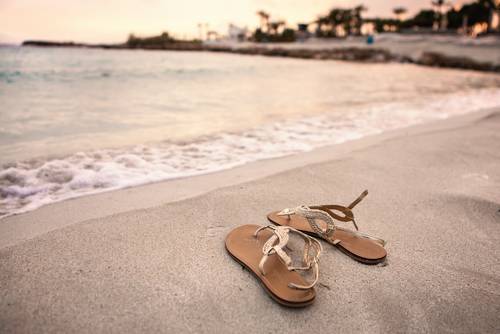 A 26-year-old woman died after getting caught in a boat propeller after jumping into the Caribbean Sea to retrieve her sandals.  Natalia Andrea Larranga Fajardo, suffered significant wounds to her legs, and lower back while at White Wata Beach in San Andres, as reported by the Miami Herold.

It was during a search for her sandals on November 27 when Fajardo dove into the sea and suffered the horrific accident. According to reports, there were several people that witnessed in horror as the woman was pulled from the sea. Several boaters were reportedly yelling as blood stained the water around her, according to mobile phone footage.

As reported by the Latin Times, she received numerous blood transfusions on the island and had to undergo surgery to repair her arteries after being transported by jet ski to a medical facility.

In addition, she suffered from cardiac arrest, and she had to be revived by medical personnel. As a result of the surgeries, she was transported to the intensive care unit but died on Nov 28 after suffering a second cardiac arrest.

According to reports, 24 tourists and two staff members were aboard the boat Fajardo was on. In a statement, Dimar, Colombia’s maritime authority, said, “The vessel has been immobilized, and its two crew members have been placed at the disposal of the relevant authorities by the Coast Guard of the Colombian Navy as part of the due process of investigation.” It is now advised that swimmers avoid moving boats and alert the crew if they go in.

Fajardo was reported to be from Cali, which is a city about 350 miles southwest of Bogotá, Colombia.

The son of a Spanish-Venezuelan billionaire banker suffered a similar fate in Miami. During a fishing competition about six miles east of Ocean Reef Club in north Key Largo, 31-year-old Jaun Carlos Escotet Alviarez had jumped into the water after his fiance Andrea Montero fell overboard. Alviarez was killed by the boat’s propeller. The couple were due to get married in November.

In June, a man and woman were also killed by a boat propeller. The duo were with a group on boat in Canyon Lake in Texas. They got in the water and according to Canyon Lake Fire Chief Rober Mikel, “Somehow, the boat ran over the victims.” They were both pronounced dead at the scene.