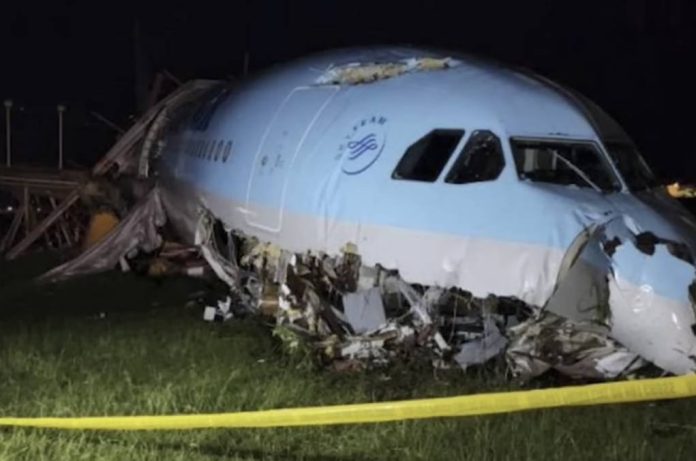 In response to two incidents involving this type, including a runway excursion, Korean Air is removing dozens of Airbus A330s from service for inspection in the near future.

On October 23, 2022, Seoul Incheon Airport (ICN) flight KE631, carrying 162 passengers and 11 crew, was forced to overshoot the runway at Mactan-Cebu International Airport (CEB) after landing in bad weather. After going around twice, the aircraft was on its third landing attempt.

A week later, on October 30, another Korean Air A330 was forced to return to ICN due to engine trouble shortly after takeoff. After bangs and sparks were reported, the crew shut down the engine and landed 35 minutes later.

The South Korean flag carrier announced the inspections on November 2, 2022, according to Yonhap.

“Korean Air is aware of the gravity of the recent events involving our A330 aircraft,” he said during the safety meeting, which was attended by other airline executives as well as the transport minister.

“To address concerns and secure a safe operation system, we will carry out a full-scale, comprehensive safety inspection of our A330 fleet and seek an independent, external safety consultation.”

A total of 24 widebody A330s will be removed from service in phases for in-depth inspections. Korean Air will also retire six older Airbus A330s.

In the meeting, the Transport Minister, Won Hee-ryong, urged the air carriers to take special measures to prevent similar incidents in the future.

“Airlines must review everything from the ‘zero-base’ and start over with an attitude for an overhaul,” Won suggests.