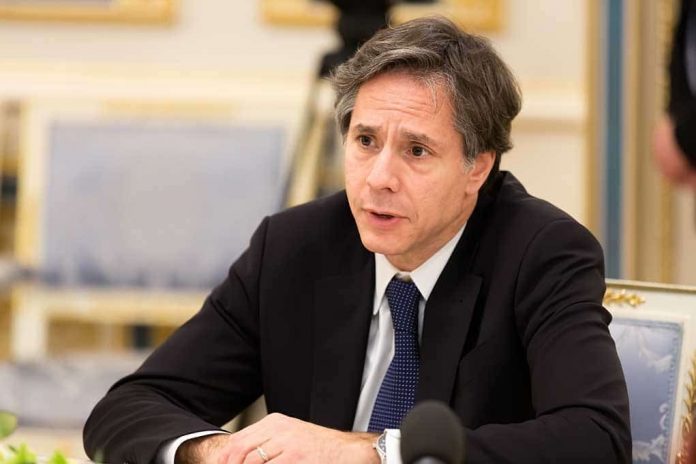 (TheDailyHorn.com) – US diplomats, intelligence officers, and government employees began experiencing a mystery sickness in Havana, Cuba, in late 2016. Sudden ailments, such as headaches, nausea, anxiety, fatigue, vertigo, and other difficulties confounded doctors. Since then, government officials around the world have reported experiencing similar symptoms.

The cause of the sickness is unknown, and the government doesn’t have a clear answer for those afflicted. Many believe a beam of energy hit them. In some instances, the symptoms were short-term, and in other cases, patients required long-lasting care.

Brain scans showed that those troubled by the new disease experienced tissue damage similar to what is seen in concussion patients. Now, years later, the Biden administration is dismissing many people struggling with the disorder, and frustration is mounting with Secretary of State Antony Blinken’s handling of the emerging crisis.

Blinken Comes Across as Aloof

On September 10, a half-dozen disgruntled US diplomats talked with the secretary of state about their frustrations with the government’s response to their sicknesses. During an hour-long phone call, Blinken tried to offer assurances that he believed them and that the Biden administration was doing what it could to provide care and find out what happened.

Despite Blinken’s statements, many said it was just more of the same. The diplomats suggested that high-ranking federal officials continue to express skepticism about their conditions. In addition, some government employees say the State Department isn’t properly addressing their conditions and that the limited medical attention and benefits the government provides aren’t meeting their needs.

As patients suffer, the government continues to empathize with them publicly. State Department leaders say they take injuries resulting from the mysterious illness seriously. However, there’s a lack of trust from patients due to the contradictions surrounding the government’s public statements and their efforts to help.

Despite Blinken’s assurances, diplomats say the situation is awful, and the best they seem to get is lip service from the administration. Some officials say the State Department’s Bureau of Medical Services cast doubt on their symptoms and suggested their ailments were due to aging or stress.

Biden Administration Reverses Course on Identifying the Cause

Part of the problem may be how the Biden administration is labeling the circumstances surrounding the sicknesses. The Trump administration talked about Havana Syndrome as “targeted attacks.” The new administration relabeled it as an “unexplained health incident.”

Federal employees say they don’t need to know the classified information the government has picked up. They just don’t want to be labeled as freaks with an unexplained health incident. Some have to fight the endless bureaucratic nightmare to obtain benefits authorized by legislation. In the process, some are losing wages, having to retire early, or missing out on opportunities for advancement.

It seems Blinken doesn’t get it. He appears unwilling to do anything to change the government’s response.

Welcome to the bureaucracy. These are the people Democrats want to put in charge of the nation’s healthcare.