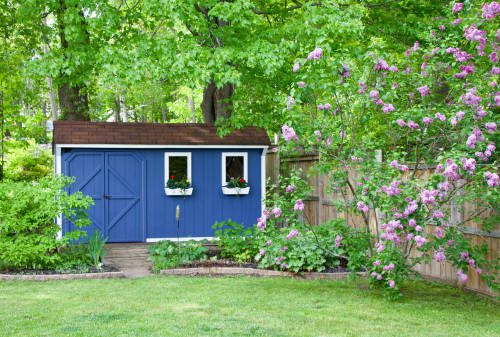 A shock came to two Texas homeowners when they found a 9-month-old baby girl in their Livingston, TX, backyard shed. She was found with bruises and left abandoned without them knowing she was there. Thanks to their dog, they were able to get her help sooner than later.

According to USA Today, early Saturday morning, Katherine and John McClain checked their surveillance cameras after waking up to the sound of a truck driving away. The video showed a man without a shirt checking car doors. They later learned that a neighbor’s vehicle was stolen.

A short time later, they noticed their dog, Archie, sniffing and barking around their shed. When they opened the door, they discovered a shocking scene: a baby girl was lying on her stomach between a filing cabinet and a motorcycle.

Katharine shared with USA Today, “My dog was barking around the shed, and my husband went out there to see what was going on…. opened the door, and the baby was laying on the floor,” she had on a little dress and no diaper.”

The McClains wrapped the baby in a towel and quickly observed bruises all over her body and face.

“I’m a mom,” Katharine McClain told KHOU, adding, “I was pretty distressed and just shocked. It still got me a little bit.”

A short time after the baby was found, police discovered the truck with the child’s father inside. The father was arrested.  According to Polk County Jail records, he has been charged with abandonment and endangering a child.

The baby girl was airlifted to Texas Children’s Hospital in Houston, where she is recovering. According to reports, the child required surgery for a broken leg and is now back in the care of her mother.