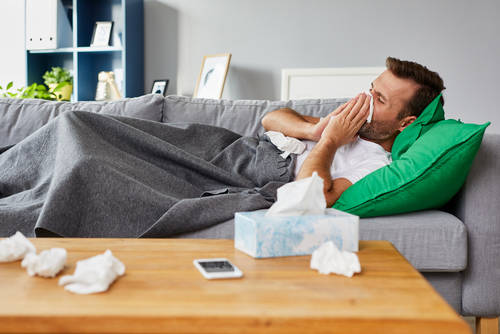 Flu may be coming back with a vengeance, experts say, and children could be at risk – USA TODAY

After two years of a reprieve, the flu could return this season worse than ever. Health experts fear that Americans will not be prepared and could see high transmission rates.

Health experts looked to data in Australia for an understanding of what is possible for Americans this year.  In Australia, the flu season runs from May to September.   So far, they have had a much higher case rate than 2021.  By mid-July last year, there were about 400 reported cases, with no hospitalizations or deaths; contrasted to this year, there were about 205,000 cases reported and 181 deaths in mid-July.  Data from the Australian Surveillance System shows that flu cases have already exceeded 2019, with around 150,000 reported in mid-July.

Experts are also concerned that school-aged children and teens could be more vulnerable to flu complications this year. According to Australia’s Flu report, compared to previous years, the flu rate this year has been high in children aged five to nine. And about sixty percent of hospitalizations were seen in children 16 and younger. Young people getting the flu is a sign the general population is less protected from the virus than it was in years past, experts said.

Although vaccines are available, health experts warn against getting them too early in the season due to the possible extended length of the flu season this year and remind Americans that it is never too late to vaccinate.  The CDC generally recommends getting vaccinated between September and October.  Rite Aid and Walgreens are currently offering flu shots.

Experts also urge Americans not forget to get their COVID-19 and flu shots this fall to prevent severe illness and death.