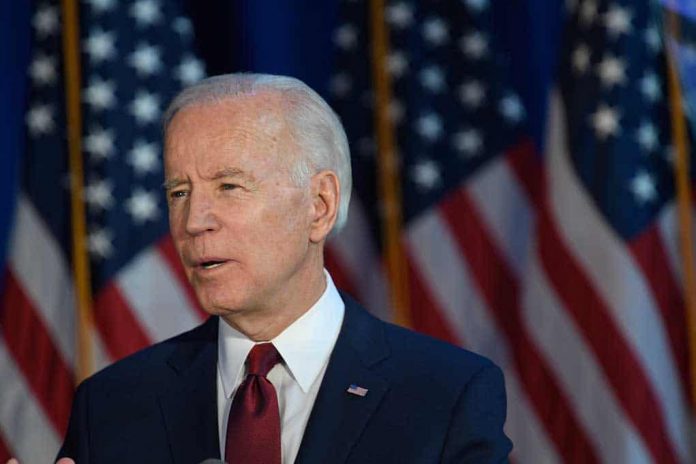 (TheDailyHorn.com) – President Joe Biden’s botched operation in Afghanistan keeps getting worse. Not only did Biden begin the process to pull out the US military in a rash and unprepared manner, but many also suggest he’s demonstrating weakness toward the Taliban, which swept through the worn-torn country in a matter of weeks. Now, the administration has actually admitted it’s capitulating to the hardcore Islamic fundamentalists.

Sec. Blinken admits U.S. has to ask Taliban for permission to evacuate Americans

Q: Someone might say, "'Oh, so we have to ask the Taliban for permission for American citizens to leave.' True or not true?"

BLINKEN: "They are in control of Kabul. That is the reality." pic.twitter.com/W1ifCVxb37

On Sunday, August 22, Secretary of State Antony Blinken admitted the unthinkable for the world’s lone superpower. The United States is asking the terrorist group for permission to rescue its citizens. Blinken said the US recognizes that the Taliban is in control of Kabul and the nation. As such, the commander in chief will respect the militia’s government.

After rounds of questioning on the Sunday morning talk shows, the secretary of state said he’s not focused on the political drama. Instead, Blinken said he’s concentrating on getting Americans out of Afghanistan as quickly as possible. On Monday, the Taliban added a red line to the US pull-out. They warned the Biden administration that if it fails to withdraw the US military by August 31, it will provoke a reaction from the terrorist group.

Should Biden be afraid, or is he already?