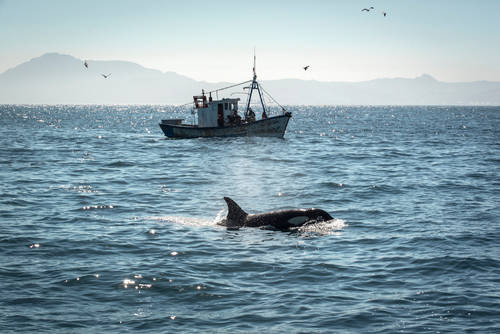 On Saturday morning, a small charter boat off the coast of New Zealand capsized after colliding with what is being reported as a whale, killing five people.

The collision happened in Goose Bay, in New Zealand, near the South Island town of Kaikōura. The area is a known whale-watching destination for sperm and humpback whales.

According to reports, the vessel was a 28-foot-long chartered boat, and the passengers were women bird enthusiasts, members of the Nature Photography Society of New Zealand. There were six additional passengers on board that were rescued after the accident and brought to a local hospital.

Vanessa Chapman, a witness to the event, talked to Stuff+and said that she witnessed two rescue helicopters and an additional local helicopter circling as two divers jumped out during the rescue.

The water this time of year is frigid, fearing that anyone left in the water would not be able to survive.

Kaikōura Mayor Craig Mackle reported to The Associated Press that the water appeared to be very calm during the incident. Hence, the theory is that a whale had come up from beneath the surface, but police will continue investigating the exact cause.

“It always plays on your mind that it could happen,” Mackle told the AP. However, he has never heard of a whale capsizing a boat happening before.

The harbor has been shut down, and locals have helped with the recovery.