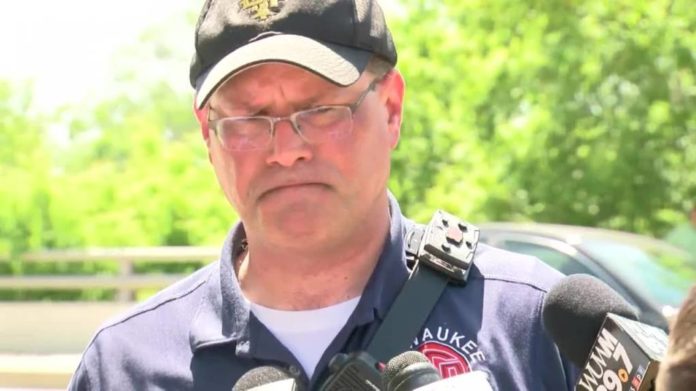 The body of a missing 10-year-old boy was found during a drainage canal search, and two men are still missing. Search and rescue crews searched three tunnels near 27th Street and Loomis Road, but didn’t find anything.

Milwaukee police said a boy fell into the water near 25th Street and Tripoli Avenue and two men tried to rescue him, but were swept away.

Rescue crews used drones, buoys and ropes to search for the victims, who could suffer from hypothermia overnight.

Heavy rains contributed to poor weather conditions that likely caused the three victims to be swept away by the water. These severe thunderstorms also caused damage in Illinois, Indiana, Michigan and Ohio.

Crews were seen on both ends of a tunnel which begins near South 27th Street and West Loomis Avenue and ends near West Morgan Avenue and West Lakefield Drive. First responders searched the entire length of the drainage ditch, but could not find them.

The body of a 10-year-old boy was found during the drainage canal search, and two men, who witnesses said were the boy’s father and a neighbor, are still missing. Search and rescue crews resumed their search Tuesday morning for the men.

Rescue crews checked every manhole in the area and were stationed outside the tunnels.

For more updates on this story, consider the following news outlets listed below to stay in the know.