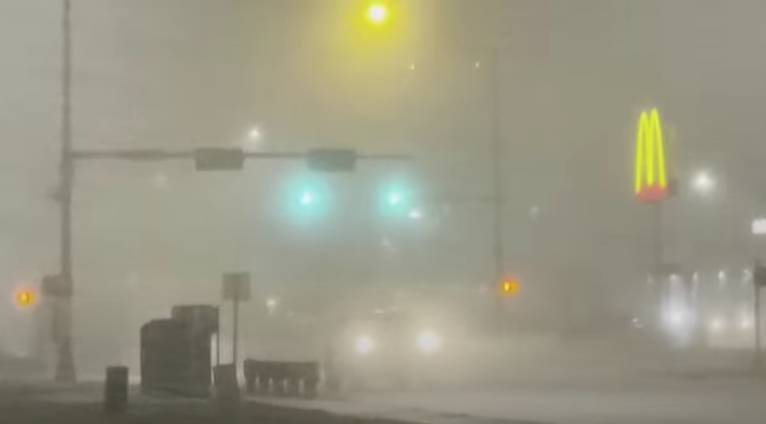 This holiday weekend, a powerful “bomb cyclone” storm is expected to hit parts of the Northeast – causing heavy rain and up to three feet of flooding in the New York area, meteorologists warned.

Flooding and freezing are expected in parts of New Jersey, Maine and Long Island during peak holiday travel times, according to Fox Weather meteorologist Marissa Lautenbacher.

“This storm is very, very strong and has a deep cold air blast from the Arctic,” Lautenbacher said.  “It’s going to have a big impact.”

Starting Friday, Arctic winds are forecast to blow up to 60 mph from the Great Lakes region to Buffalo, New York, and in parts of New England.

The residents of Rockaway Beach in New York City are bracing for a possible disaster Thursday following the flooding caused by Superstorm Sandy a decade ago.

“We already have significant coastal erosion from storms this year and the timing of the tide and moon cycle make for a perfect storm,” explained a city worker from the Rockaways. “It’s not a question of if we lose power — but when, is my feeling. New York City and [the] south shore of Long Island need to hope for the best but prepare for the worst.”

There was a lot of frantic preparation going on in the neighborhood Thursday.

“Stop and Shop in Rockaway is out of control. I just hear people in Rockaway starting to panic. Every register is open. And, believe me, it is not just for preparing Christmas dinner,” the worker explained.

In the New York area, heavy rain will be followed by a drop in temperature of up to 30 degrees, causing roads to freeze, resulting in treacherous driving conditions Friday evening, Lautenbacher said.

“On the I-95 corridor, all that ponding will freeze and become ice,” she said. “Drivers are going to have to watch for slick spots.”

Over 700 workers have been dispatched to fix fallen lines in New York City and Westchester County ahead of widespread power outages.

“The wind could bring down power lines, causing customers to lose service and creating a safety hazard,” according to a press release.  “In addition, road salt will mix with melting ice and could damage underground electrical wiring and lead to outages.”

Power outages are also expected in Boston and northern New England, causing some residents to go without heat in below-freezing temperatures.

“With it being so cold, people need a contingency plan,” said Lautenbacher.

New York City’s temperatures will drop from 53 degrees Friday to 22 degrees Saturday – but it will feel like minus 4 thanks to high gusts of wind.

“Make sure to bundle up and avoid exposed skin,” Lautenbacher advised. “If you start to feel a tingling sensation, go inside and stay warm.”

By late Saturday, the worst of the storm should have passed.

A bomb cyclone is a rapidly strengthening storm that drops 24 millibars of pressure within 24 hours.

During Superstorm Sandy in 2012, 10 feet of water flooded the Rockaways in New York City.

The Rockaways are expected to flood with up to 3 feet of water due to this weekend’s forecast bomb cyclone.