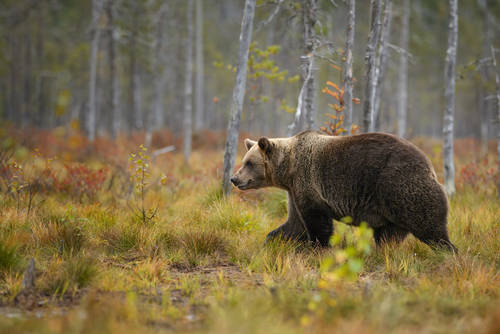 According to police, an Alaskan family member shot a brown bear to death after it mauled a 9-year-old child.

During a hunting trip, the couple encountered the dangerous animal, which charged at the kid before the adult shot and killed it.

They were both treated at a nearby hospital, but the police did not explain how they were connected.

On Wednesday, officials and staff from the Alaska Department of Fish and Game returned to the scene to investigate the bear’s death and perform a necropsy.

Officials are trying to discover what prompted the brown bear to attack the child, shares Todd Rinaldi, Alaska Department of Fish and Game regional management coordinator.

According to Rinaldi, researchers are determining whether there was a cub in the vicinity, if there was a carcass, and evaluating the conditions behind the attack.

According to the Anchorage Daily News, officials have been searching for a brown bear thought to be raiding chicken coops, but sightings have decreased.

About 200 miles from the scene of the 9-year-old’s attack, a hunter visiting from Michigan was mauled by a mama grizzly two weeks earlier. Even after spraying the bear with bear spray, the man returned home with serious puncture wounds.