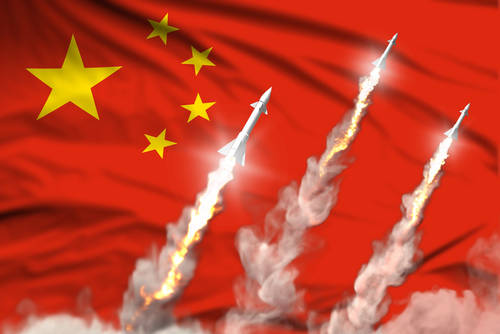 Taiwan reported that Chinese long-range missiles had fallen close to its islands of Matsu, Wuqiu, and Dongyin and that 11 total Dongfeng (DF) rockets had been fired into the waters north, south, and east of the islands.

Taiwan’s defense ministry said that the missiles didn’t endanger Taiwan and that no air-raid warning was issued.

Taiwan’s Defense Ministry said Thursday its forces remained in “normal” but vigilant mode and would take appropriate action if necessary.

Taiwan accused China of following the example of North Korea by conducting arbitrary test-firings of rockets over waters near other countries, disrupting flights and shipping schedules.

Japan’s defense minister said five rockets were believed to have landed inside Japan’s exclusive economic zone. He said he had filed a protest with Beijing.  This is amid the backdrop of simmering international tensions in the Western Pacific.  The strike has complicated global tensions, coming on the heels of the Congressional delegation’s controversial trip to Taiwan.

The People’s Republic of China has long claimed sovereignty over Taiwan, and the United States has no formal relationship with Taiwan.

Secretary of State Antony Blinken spoke with reporters on Thursday about the recent delegation to Taiwan. Blinken said the United States opposed unilateral efforts to alter the status quo.  He also said the US remains committed to its “One China” policy.

For more coverage on this story check out the following news sources:

US: Polio found in Wastewater Samples