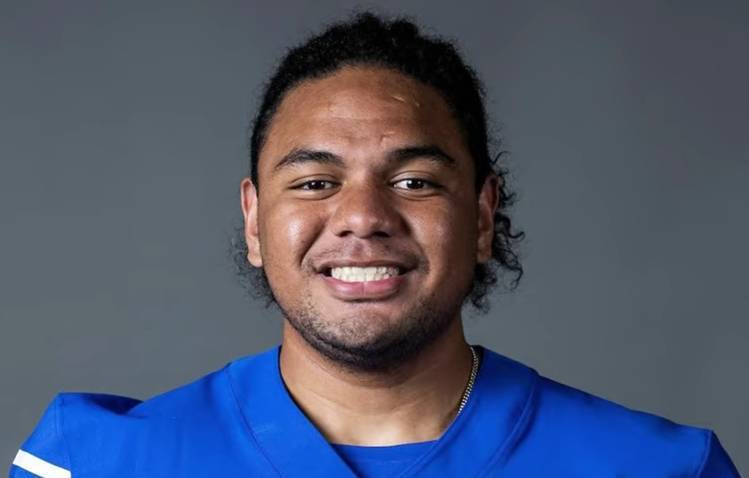 A construction accident in Hawaii resulted in the death of BYU offensive lineman Sione Veikoso. The young man was 22 years old.

“On behalf of the entire BYU Football family, our thoughts and prayers are with Sione’s family and friends during this extremely difficult time,” tweeted the BYU Football program. “Rest in Love Sione. God be with you till we meet again.”

The head coach of BYU, Kalani Sitake, added: “We are extremely saddened to learn of the tragic death of one of our brothers, Sione Veikoso. His passing is heartbreaking to all of us. We offer our deepest condolences and prayers to his family as we share in their grief. Our love for you is forever, Sione!”

Veikoso was reportedly part of a construction crew constructing a 15-foot retaining wall, according to KITV, an ABC affiliate in Hawaii. According to the report, firefighters arrived on the scene to discover several people trapped under the wall. According to the Honolulu Star-Advertiser, two other men have been treated for their injuries and are in a serious but stable condition.

There is no information as to what caused the collapse of the wall.

In his first season after transferring from Arizona State, Veikoso played in one game for BYU as a redshirt freshman.

According to BYU’s tribute to Veikoso, after graduating from high school in Hawaii, he served a mission for the Church of Jesus Christ of Latter-Day Saints in Brazil.

“He was a gentle giant who loved his family. He was reliable and caring,” Veikoso’s cousin, Joshua Kava, told the Star Advertiser.