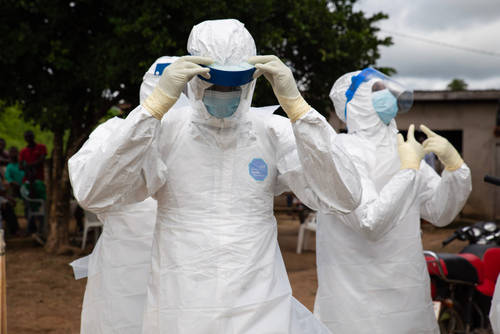 A 46-year-old woman died after being admitted to a hospital in Beni, a city in the province of Kivu, in the eastern part of the Democratic Republic of Congo, on Aug.15.  The country’s National Institute of Biomedical Research confirmed the case.

According to the World Health Organization, “Analyses showed that the case was genetically linked to the 2018-2020 Ebola outbreak in North Kivu and Ituri Provinces—the country’s longest and largest.”

Health officials in the Democratic Republic of Congo and The Who are working diligently to slow the spread.   According to the WHO, they have identified 160 contacts and are closely monitoring them.  A vaccination campaign is underway, known as “ring vaccination,” in an attempt to stop the spread.  This includes vaccinating the contacts and those that are contacts of contacts to prevent further spread.  The vaccination status of the woman that died is unknown.

According to health experts, ebola is known to linger in the eyes, the central nervous system, and bodily fluids.  This can cause flare-ups years later.

According to The WHO, “There are 1000 doses of the rVSV-ZEBOV Ebola vaccines available in the country’s stockpile, 200 of which will be sent to Beni this week.”

Early symptoms can include fever, muscle aches, loss of appetite, sore throat, and diarrhea.  There are effective treatment options available, including monoclonal antibodies.  Early treatment is always the best treatment when it comes to Ebola.

For more coverage on this story, please see the additional news sources below: