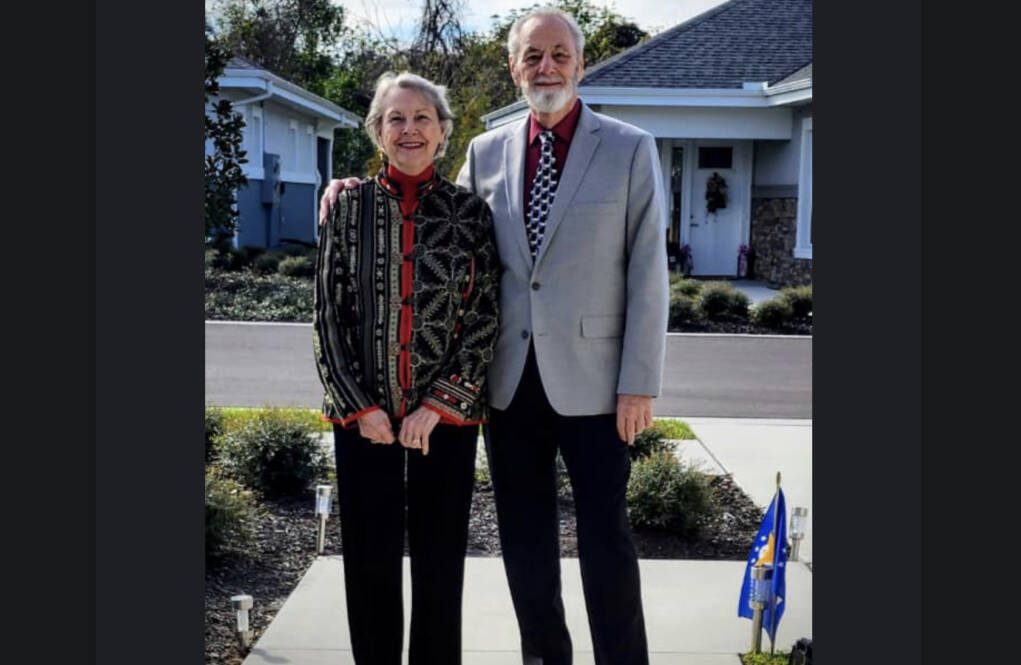 Documents recently released by the Florida state attorney’s office reveal graphic details about the double murder of an elderly couple attacked and stabbed to death inside their home.

Williams was found and arrested several days later in Georgia. She was allegedly seen driving the couple’s stolen green Kia Soul, which she reportedly claimed she had borrowed from a friend.

Law and Crime reported that officers received two separate 911 calls to the Mount Dora Police Department reporting that two people had been killed at the Lakeside at Waterman Village Retirement Community in the 300 block of Lake Margaret Circle, according to an affidavit of probable cause.

When police responded to the call and arrived at the house, they noticed the garage was empty, and the door had been left open. When they went inside, they found the couple’s bodies, according to police.

According to investigators, Sharon suffered head trauma and was discovered in the entryway with lots of blood around her. The police found white towels near her body and said that it appeared “as if someone attempted to render aid or clean up” after she suffered her fatal injuries, the document states.

Investigators say that Darryl suffered “severe head and facial trauma,” adding that “a large butcher-style knife with a yellow handle” was in his abdomen. Another police detective noticed that Darryl’s stomach was stabbed with a “large butcher knife,” with only about an inch of the blade visible.

The suspect left multiple bloody footprints leaving investigators with a bit more information. According to the affidavit, “There were numerous bloody bare footprints visible on the floor,” adding, “These had a very distinctive arch, and CSI believed them to be made by a female based on the size and shape of the foot. The female victim did not have any blood on her bare feet, and the male victim had ‘been wearing gray slippers and socks.”

In addition, bloody footprints were in the garage leading to the car’s location.

The witnesses reported seeing Williams more than once at Waterman Village on December 30 and 31. Several incidents had been reported, including her being kicked out by security, asking a female tenant for permission to use the shower, and stealing keys from a tenant.

Williams was found in a Georgia train station parking lot sleeping. Surveillance video documented that Williams had been in the retirement community, contradicting her claim that she had never been to Florida.

The arraignment of Williams on two counts of first-degree murder and one count of grand theft of a motor vehicle is set for January 30.