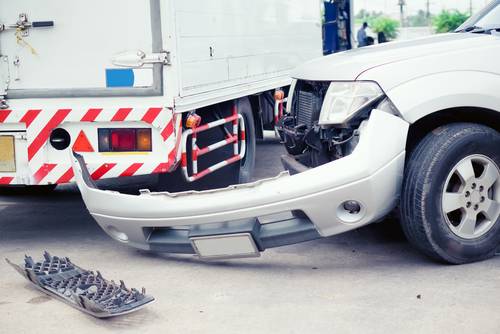 The police responded to a car accident after nineteen-year-old Stephen Freeman accidentally collided with the rear end of a semi in Roseville, Michigan. The small crash appeared to be without injury, but police became suspicious when Freeman got out of his vehicle and fled the scene.

In the back of Freeman’s truck sixty-two-year-old Gabrielle of Shelby Township was found dead during a standard vehicle inspection. Freeman was eventually captured by police.

At the time of the crash, Seitz was already dead, according to investigators. It was reported that there was a shoelace wrapped around her neck, suggesting that she had been strangled.

The cause of death has not yet been officially determined.

Freeman has been charged with concealing a death and receiving and concealing stolen property, Freeman will face five years in prison. Currently, no murder charges have been made. With the investigation still pending, this may be updated once officials have more information.

As reported by The Blaze, Macomb County prosecutor Peter Lucido said, “Because the investigation is ongoing, we are limited on what can be said at this time. However, when we have the additional information from the investigation, we will be updating everyone.”

Authorities are still trying to find the connection between Freeman and Seitz. It has been reported that Freeman lived with Seitz, who allegedly kicked him out for abusive behavior. But according to Seitz’s son, his mother lived alone, and he did not recognize the man believed to be Freeman.

Oman’s told the outlet that Seitz’s death had devastated him and his family. He told the outlet, “It’s been horrible with my family with my fiancé. She’s been taking it the hardest because they were best friends.”

According to police it is a suspicious death and they will continue to investigate.