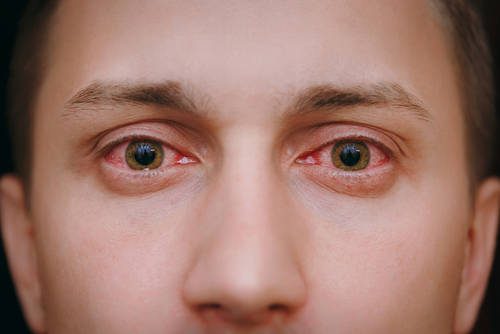 A middle-aged man has been hospitalized after contracting a fatal fever.  He was initially admitted to a hospital in the Spanish region of Castile-Leon but has since been flown to another location. Crimean-Congo hemorrhagic fever (CCHF) virus has shocking symptoms such as bleeding from the eyes.  The onset of symptoms is sudden and has a wide range, including headaches, high fever, back pain, joint pain, mood changes, abdominal pain, headaches, jaundice, vomiting, and red eyes. As the illness progresses, It can eventually lead to more severe symptoms, including “large areas of bleeding” and death.

A 38-year-old man died from hemorrhagic fever in the Crimean-Congo region in 2012 after returning to the United Kingdom from Afghanistan. General supportive care for treating symptoms is the primary approach to helping people with CCHF.  Currently, there is no vaccine.  Experts are working to stem its spread.

A woman was confirmed to have contracted CCHF in March of this year. Still, the UK Health Security Agency stands firm that the disease is not spread easily amongst people and that the risks are extremely low to the general public.

Spreading the virus from ticks to humans is tricky, as the CDC explains that ticks are “a reservoir and vector” of disease. According to the Centers for Disease Control and Prevention (CDC), Crimean-Congo hemorrhagic fever can be spread by bites from infected ticks or by contact with infected animal blood or animal tissues. Human to human transmission can occur from close contact with an infected person’s blood or bodily fluids.

The virus was first identified in Crimea in 1944 and isolated for the first time in the Congo region more than a decade later. It is typically restricted to the Balkans, Africa, Turkey, and Russia, with rare cases in Western and northern Europe.

For more coverage on this story, check out the following news sources: