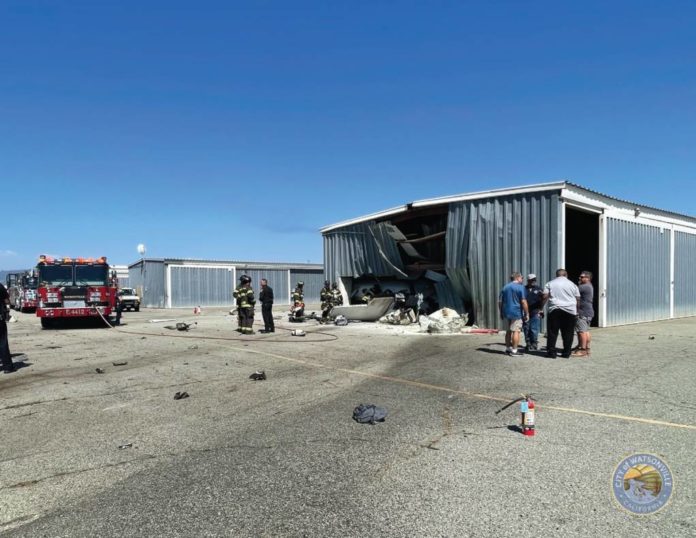 Two airplanes crashed into each other in the middle of the sky over Santa Cruz County in northern California on Thursday, prompting reports of multiple deaths according to authorities.

The crash happened about 90 miles south of San Francisco at the Watsonville Municipal Airport in Watsonville, California. According to the City of Watsonville, the two airplanes crashed at about 3:00 p.m. as they were trying to make their landing.  Multiple agencies responded to the scene.

According to the Federal Aviation Administration, the planes involved were a Cessna 152 and Cessna 340.  They are both single-engine planes. They collided as they were making their final approaches.

There were a total of three people on the aircrafts when they crashed.  There was one person on board the Cessna 152, while the other plane, the Cessna 340, had two on board. No additional injuries were reported on the ground for any of those involved.

According to the General Aviation Joint Safety Committee, midair collisions are a “persistent and deadly threat to aviation safety.”  There were forty-three reports of midair general aviation collisions in the United States from the years 2016-2021.  There were 79 fatalities as a result of these collisions.  General aviation does not include commercial airlines and military planes.

No further details were released as an investigation of the collision is underway.