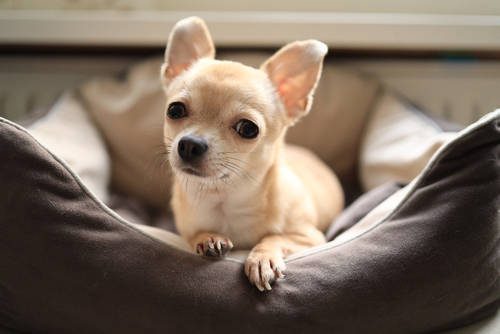 Woman Hospitalized After Dog Defecated in Her Mouth: ‘It Was Disgusting’ – Newsweek

A crazy turn of events with a dog sent one woman to the hospital for three days. A woman from Bristol was hospitalized after her daughter’s dog defecated on her while she slept. According to reports, Amanda Gommo, 51, was taking a nap with her daughter’s chihuahua, Belle, when the dog fell ill and developed a nasty case of diarrhea.

Without much thought, Amanda had fallen asleep with her mouth open. The pup quickly lost control of her bowels, and parts of it ended up in Amanda’s mouth.

She woke up and ran to the toilet to throw it up, but that was just the beginning. She continued with stomach cramps for 48 hours and eventually was diagnosed with a gastrointestinal infection caused by the dog’s feces.

Amanda told Indy 100, “I was taking my afternoon nap with Belle when I felt something squirt into my mouth. I rushed to the bathroom, where my son was taking a shower, so I was able to grab a quick pic before I washed it out,” Amanda added.

“I was hurling violently for hours afterward; I just couldn’t get the taste out of my mouth.” It was reported that Amanda’s daughter took her dog Belle to the vet, where the dog was diagnosed with a bad stomach bug.

Not long after, Amanda was experiencing similar symptoms as Belle. She called emergency services, and an ambulance was sent to her house. She was prescribed some painkillers for the cramps she was experiencing and was told to drink lots of water to help flush everything out.

Although that didn’t help, Amanda’s symptoms only worsened, to the point that she had cramps all over her body. Another ambulance was dispatched and took her to the Bristol Royal Infirmary.

It was there that Amanda learned she had contracted a gastrointestinal infection from Belle’s feces. She was kept for observation for three days.
According to Amanda, “I couldn’t eat anything from the moment I got ill to when I was given the drip. I started feeling cramps everywhere, even in my legs.”

“My discharge note states that my gastrointestinal infection was caused by a dog defecating in my mouth – something doctors had never seen before. Since it happened, I’ve been drinking two Lucozades every day, lots of tea, and lots of water, and I’m happy to say both me and Belle are recovering.”

Amanda suggested that she will put a little more thought into her sleeping positions from now on. She shared, “While I still love Belle and forgive her for her little accident, I will be more cautious about what position we sleep in in the future!”

For more coverage on this story, see additional news sources: