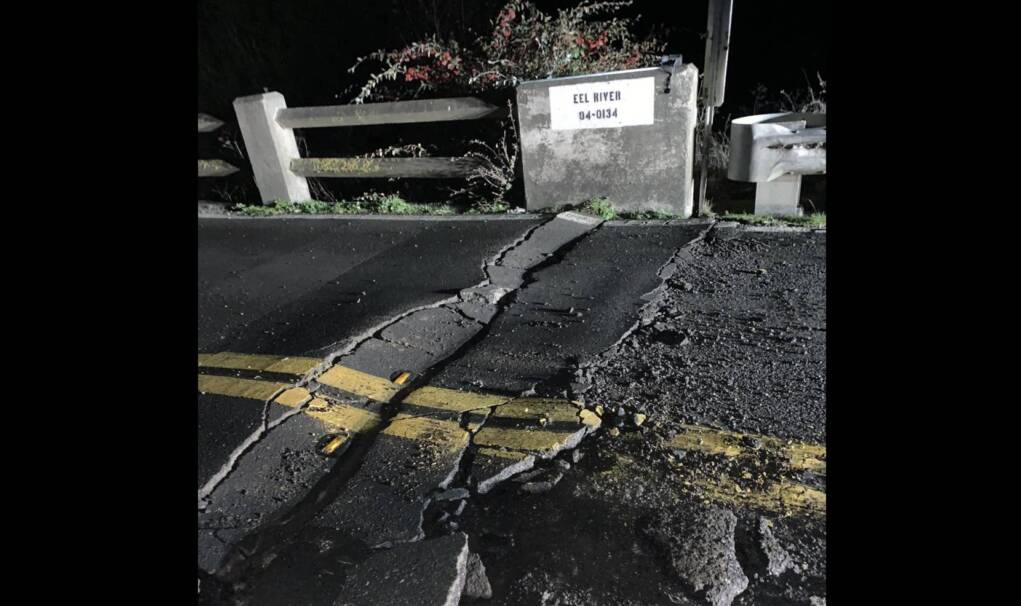 The earthquake struck at approximately 2:30 a.m. local time near Eureka in Humboldt County.

In the aftermath of and during the quake, two people died “as a result of medical emergencies,” according to the Humboldt County Sheriff’s Office. It was reported that 11 people were injured.

As reported by NBC News, Ghilarducci told reporters, “We live in earthquake country, and this another example of the fact that earthquakes can happen at any time without notice, and so it’s really important that we, as Californians, have a plan, have a family plan, have some supplies in case we lose power.”

Residents in Humboldt County are urged to be prepared for another earthquake. Officials say another powerful jolt is possible in the next week.

In addition to food and water, officials are encouraging the residents of Humboldt County to gather flashlights and other emergency supplies.

Pacific Gas and Electric reported that over 68,000 homes and businesses in Humboldt County remained powerless.

A tsunami was not expected to be triggered by the earthquake as of early Tuesday, according to the National Weather Service.

Some people posted on social media that they woke up because their phones rang with the MyShake earthquake warning app.

69-year-old Diana McIntosh, who lives in an apartment complex in Humboldt County, was woken up by the temblor.

She told USA Today, “It felt like north and south rocked back and forth, and it kept getting bigger and bigger. I heard banging, things crashing and glass shattering.” McIntosh described how her water was brown, and her electricity was also out.

It is possible that foundational damage could occur as well, according to a seismologist with the USGS. They said people living near the coast reported feeling “significant shaking.”

This earthquake follows another 6.2-magnitude tremor that struck off the coast of Northern California last December. The quake did not result in any major damage or injuries.

Road Closure: State Route 211 at Fernbridge, Humboldt County is CLOSED. The bridge is closed while we conduct safety inspections due to possible seismic damage. pic.twitter.com/601oOQRz2o