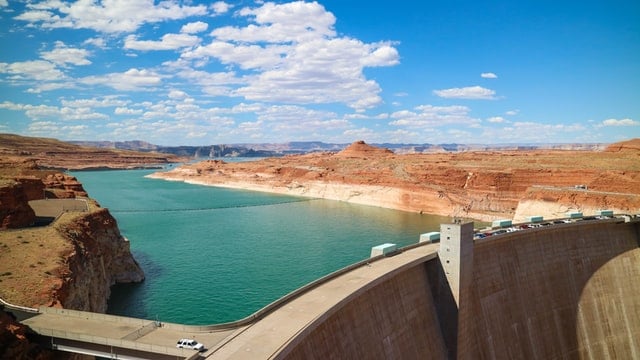 From our News Partners at Absolute News!

Water or Electricity? Both are necessary for life and no one planned for this or that contingency. The level of Lake Powell is currently at 3,523 feet, 177 feet below capacity. If the lake reaches 3,490 feet, the western electrical grid will experience uncertain risk and instability, and water supplies to Western and Southwestern states will be at risk.

The federal government decided to retain water in Lake Powell, behind Glen Canyon Dam, rather than releasing it to Lake Mead to stave off increased uncertainty in water and electricity supplies in the West for a short period.

The Interior Department has decided to release more water into Lake Powell to keep the lake at a level that allows it to continue generating hydropower for the next 12 months.

Lake Mead is currently at 31 percent of capacity, and the Bureau of Reclamation declared a first-ever water shortage there last August. The water being held back will not factor in that decision.

Furthermore, the Colorado River has been declining for years, and the drought has made the situation worse. This year, runoff is projected to be only two-thirds of average.

Brad Udall, a senior climate scientist at Colorado State University, said the plans for drought contingency were inadequate because they didn’t consider the reliability of the power grid and the dam.

Read more on this story at the following additional sources:

Absolute News is a resource for conservative and neutral voters who desire news that is free from mainstream bias. The publication reports on current events, political happenings, election news, global stories and much more. For excellent coverage that is respectful of the independent thinking, GOP and conservative voter base, Absolute News is a solid resource.