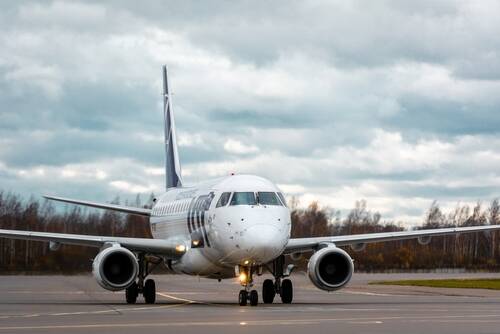 During a freak accident at a regional airport in Alabama, a ground worker was “ingested into the engine” of an American Airlines aircraft that was parked at the gate.

According to the National Transportation Safety Board, at about 3 p.m. on Saturday, the employee was sucked into an Embraer 170’s engine at the Montgomery Regional Airport. The incident happened while the aircraft was parked but still had one of its engines running.

According to WFAA, the accident occurred just before a regional carrier Envoy Air flight was due to depart from the Montgomery Regional Airport for Dallas-Fort Worth.

A GoFundMe page was set up for the deceased employee by a local union representative.  The employee was identified as Courtney Edwards.  Edwards was a ground handling agent and a mother of three children.

According to the airport, Edwards worked for Piedmont Airlines, another American regional subsidiary.

After the tragic accident, both outbound and inbound flights were grounded at the airport on Saturday afternoon but resumed normal operations later that night.

Wade Davis, the airport’s executive director, said, “We are saddened to hear about the tragic loss of a team member of the AA/Piedmont Airlines. Our thoughts and prayers are with the family during this difficult time.” Davis added.

American Airlines issued a statement expressing its sadness over the incident. “We are devastated by the accident involving a team member of Piedmont Airlines, an American Airlines regional carrier, at Montgomery Regional Airport (MGM).”

The statement added, “Our thoughts and prayers are with the family and local team members. We are focused on ensuring that all involved have the support they need during this difficult time.”

Details of the accident have not been released.

The National Transportation Safety Board and the Federal Aviation Administration are investigating the incident.