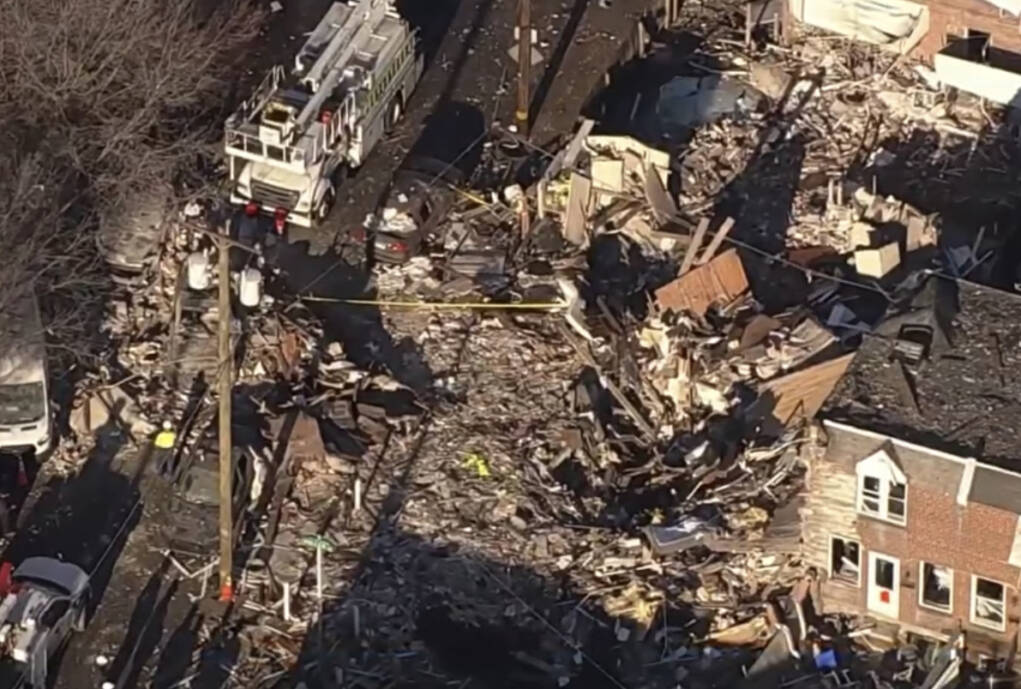 Shortly before 3 a.m. on Sunday, an explosion was reported in northeast Philadelphia’s Port Richmond neighborhood. The blast was so strong that several cars were pushed from the street, debris was scattered everywhere, and windows were blown out of homes nearby as two houses were leveled to the ground.

As reported by ABC 6, Assistant Fire Chief Charles Walker said that two people managed to escape the rubble, but another person had to be dug out. Among the victims were a 65-year-old man and a 60-year-old woman with critical burns. A police report said there were three other victims, including two that were in stable condition.

“We were very fortunate from what we know now not to have a loss of life because it’s the middle of the night and everyone is sleeping,” Walker said. “And if it’s confirmed to be a gas leak, it’s very rare to have the magnitude of this type of damage occur to not have loss of life, truly a blessing.”

“We were very fortunate from what we know now not to have a loss of life because it’s the middle of the night and everyone is sleeping,” added Walker.

According to Fox29, Chris Heinsinger continues to replay his drive early New Year’s Day in his head. He was in his car with another passenger when a possible gas explosion occurred.

He told the station, “I feel really lucky,” Heinsinger described the details. “I just couldn’t believe it, you know, it was so loud, and I just remember ash raining down and just debris everywhere. It looked like a war zone or something out of a movie. They all just flattened out right to the ground.”

The station reported that Chris said the force of the blast pushed his car, as well as other cars, up on the side of the curb. It also briefly knocked his passenger unconscious.

It was reported that residents were taken to nearby recreation centers by utility crews and the American Red Cross, which was on the scene to assist residents.