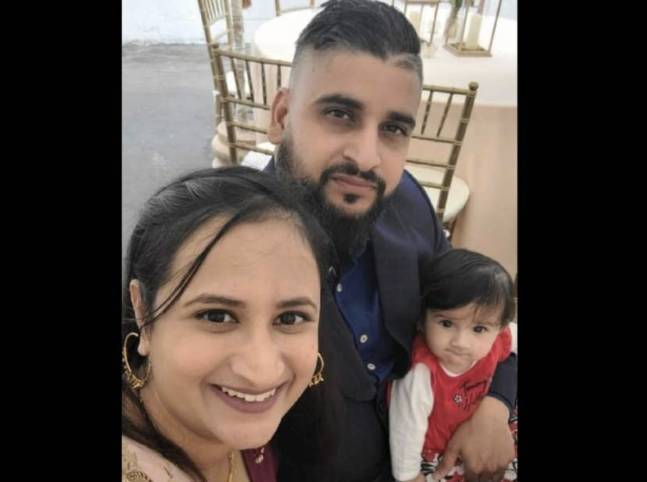 Four members of a Central Valley family in California were taken against their will.  The family, including an eight-month-old child, was kidnapped by an armed and dangerous person on Monday.

According to the Sheriff’s Office, the family was taken against their will from a business in the 800 block of South Highway 59 in south Merced, CA.

Among the victims were 8-month-old Aroohi Dheri, her 27-year-old mother Jasleen Kaur, her 36-year-old father Jasdeep Singh, and her 39-year-old uncle Amandeep Singh.

Sheriff’s officials said the investigation began Monday after Cal Fire responded to a fire at Buhach Road and Oakdale Road in Winton that involved a 2020 Dodge Ram truck registered to the unclue, Amandeep Singh.

After contacting a family member of Amandeep Singh, the four were reported missing.

According to officials, as of Monday night, no demands or ransoms have been made.

In a video update, Merced County Sheriff Vernon Warnke said evidence had been destroyed to cover tracks by those involved.

The family is still missing.  It is unclear if there is any connection between the family and their kidnapper.

Sheriff Vern Warnke said in a video update, “We have a lowlife out there who kidnapped an 8-month-old baby, her mom, her dad, and her uncle.”

Police are continuing to look for leads in the area, and Warnke said aircraft are also assisting in searching for the family.