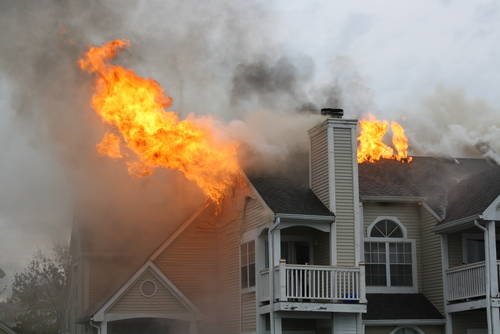 After an apparent murder-suicide, a family of six was found dead. According to police, they believe it to be a tragic murder-suicide.

The fire started just after 5 a.m. on Friday in Hartford, Wisconsin, when a four-unit apartment building caught fire.

In three of the apartments, police and fire departments managed to guide people to safety. Six dead bodies, including four children, were discovered in the fourth apartment.

After Jessica McKisick and her four children were shot, they were left burning in a massive apartment fire in Hartland, WI. In the apartment, all six bodies were found, including Connor’s.

According to reports, Connor shot and killed himself after killing his family. Although no other person of interest is associated with the other deaths, the New York Post reported that they are still under investigation. In the apartment, all six lived together.

As reported, police believe that the apartment fire was intentionally started, according to Hartland police chief Torin J. Misko. According to Misko, investigators found “evidence of an ignitable liquid” in an apartment area “where it would not normally be found.”

According to reports, the apartment also contained multiple firearms.

Misko said, “This is a tragic incident for the family of the deceased, for our first responders, and the Hartland community, the family has asked for privacy while they mourn the loss of their loved ones.”

In 2007, Connor was convicted of battery and disorderly conduct, but has no other convictions.

To support the other three families displaced by the fire, authorities are collecting gift cards and other donations to assist them.