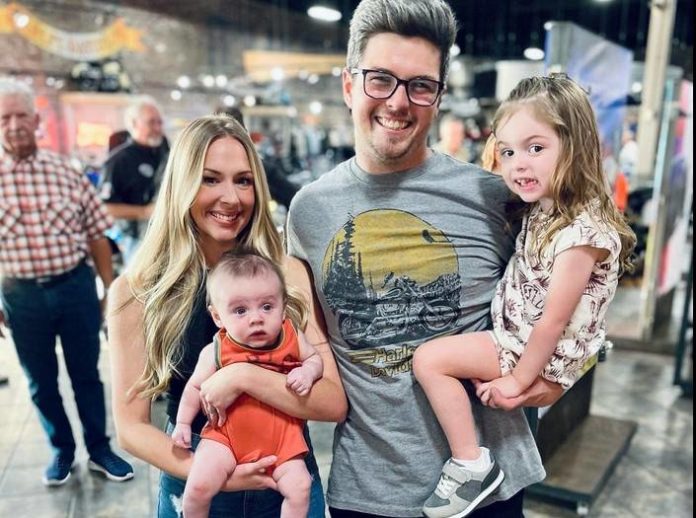 A horrific tragedy for one family happened when two family pets, both pit bulls, fatally attacked their 5-month-old baby boy and their 2-year-old girl.

The incident occurred on Wednesday on the 700 block of Sylvan Road in Shelby County, Tennessee.

After attempting to intervene when the two pit bulls mauled her toddler and baby to death, the mother-of-two, Kirstie Jane Bennard, 30, is now reported to be in stable condition with “stitches and bite marks all over her body.”

She was severely injured when she tried to pull the dogs off her 5-month-old boy, Hollace Dean, and 2-year-old girl, Lilly Jane, just outside their Shelby County, Tennessee, home.

According to the Shelby County Sheriff’s Office, both children died at the scene.

It was reported that the tragic incident lasted about 10 minutes, but it is unclear how and why the animals became aggressive. The two pit bulls have since been euthanized.

Bennard’s best friend, Kelsey Canfield, told Fox News Digital, “I can promise you those children were her world, and if there was any inkling of danger, she would have never had those dogs near her kids.” She added, “Those children were everything to them, and they just have a really long journey ahead.”

The news of the death of the two children has sparked sympathy and support on social media, as well as strong opinions regarding pit bulls as pets. Many are blaming the breed. One tweet said, “Two innocent children would still be here today if a breed that was made for fighting was banned. If they had chosen any other breed of the hundreds available.”

According to dog trainer Terry Harris, the founder of West Tennessee K9, posted a video on his Facebook channel regarding the incident. He explains that it could happen with any breed. He says, “It is not breed-specific; it is absolutely not. There is not one breed that you can say, well, that breed is going to be the one to kill someone; I see it throughout all breeds.” He said several things could set off dogs. The animals often give signs, but we usually don’t notice them. He emphasized the importance of knowing what to look for.