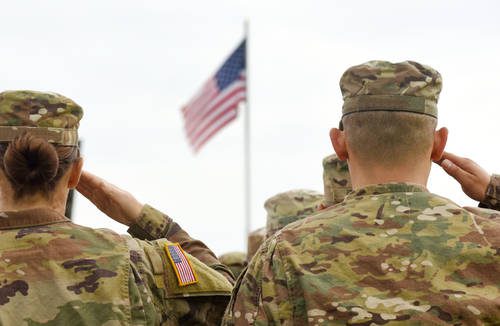 According to the Justice Department, a former U.S. Army major and his wife, an anesthesiologist for Johns Hopkins Hospital, have been charged with conspiring to give sensitive healthcare information of military persons to Russia. According to reports, they felt loyalty to Russia and wanted to help the cause after Russia invaded Ukraine.

The former army major, Dr. Jamie Lee Henry, and his wife, Dr. Anna Gabrielian, were indicted in federal court in Maryland for conspiring and disclosing the health information of soldiers at Fort Bragg in North Carolina. The couple is accused of conspiracy and wrongful disclosure in an unsealed indictment.

Last month, according to an unsealed indictment, Major Jamie Lee Henry, and Dr. Anna Gabrielian, allegedly provided highly sensitive healthcare information to an undercover FBI agent they believed to be with the Russian Embassy.

As one of the first known active-duty officers to come out as transgender, Henry was all over headlines back in 2015, though the indictment refers to him throughout as “he.” According to reports, Henry had secret security clearance as a staff internist at Fort Bragg. His wife, Gabrielian, is an anesthesiologist employed by The Johns Hopkins Hospital in Baltimore.

According to the indictment, the couple provided health information about several people during a meeting with the agent in Gaithersburg, Maryland. Gabrielian provided the agent with information on “the spouse of a person employed by the Office of Naval Intelligence,” she even “highlighted a medical issue in their records that Russia could exploit,” the indictment stated.

Henry had strong feelings on the Russian-Ukraine war. He allegedly told the agent, “The way I am viewing what is going on in Ukraine now is that the United States is using Ukrainians as a proxy for their own hatred toward Russia.”  Accordinf tothe indictment, Henry also allegedly said, “My point of view is until the United States actually declares war against Russia, I’m able to help as much as I want. At that point. I’ll have some ethical issues I have to work through.”

Gabrielian’s loyalty was to Russia. She allegedly shared with the undercover FBI agent during a meeting on Aug. 17 that “she was motivated by patriotism toward Russia to provide any assistance she could to Russia, even if it meant being fired or going to jail,” the indictment stated.