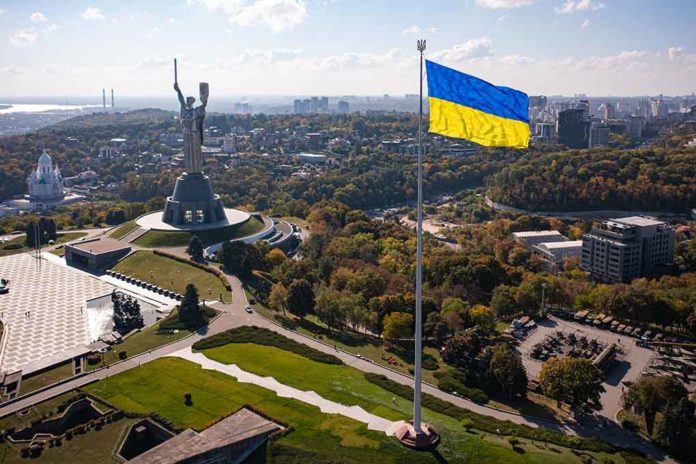 (TheDailyHorn.com) – As if tensions weren’t already high in Ukraine over a potential imminent invasion from Russia, it appears that pressure is building among members of the Ukrainian military. On Thursday, January 27, an enlisted Ukrainian National Guard soldier opened fire on his colleagues, killing five and wounding five others. It was hard for many to understand how someone who’s supposed to protect people turned and harmed them.

Ukraine’s Interior Minister said that 21-year-old Artemiy Ryabchuk shot his fellow guardsmen around 3:34 am local time as authorized officials distributed weapons to the guardsmen. Ryabchuk killed four guardsmen and a civilian woman. The suspect immediately fled the scene with this weapon.

When authorities caught up to him, video footage capture him lying face ground in the ground. Police don’t know the motive for the guardsman’s actions. One source claims to have overheard Ryabchuk say he shot one woman in the face who refused to open the door so that he could leave the factory.

Ukrainian President Volodymyr Zelensky offered his deepest condolences to the family. He stated that doctors were working hard to save the lives of those wounded and said the shooting was terrible. In the wake of the shooting spree, over 40 guardsmen and police officers volunteered blood to help the injured victims. One is in severe condition.

Zelensky said a full-scale investigation is underway to determine what happened and why.