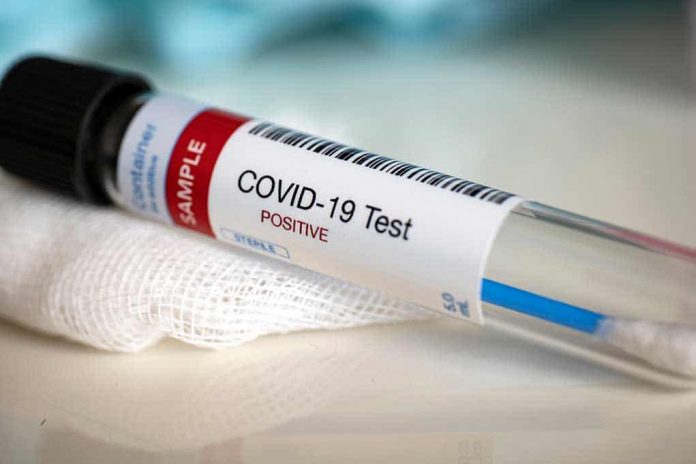 (TheDailyHorn.com) – While Democrats implement restrictive measures, such as face coverings, due to the COVID-19 Delta variant, the federal government knowingly and freely releases thousands of detained and infected illegal immigrants into the country. One Texas border town is paying a heavy price for this ludicrous admissions policy.

National Fox News correspondent Bill Melugin recently reported that, since February, 7,000 COVID positive-tested illegal immigrants have arrived in McAllen, Texas. Over 1,500 positive infected illegals were let loose into the city in just the last week alone. Melugin said he observed the US Border Patrol dropping off scores of illegal immigrants every 30 minutes.

NEW: The city of McAllen, TX says the federal government has released over 7,000 COVID positive migrants into their city since February, including over 1,500 new infected migrants in just the *last week alone*. A local state of disaster in McAllen has been declared. @FoxNews

The surge of illegal immigrants at the Texas border is so severe that the City of McAllen called an emergency declaration and put up temporary shelters. There isn’t anywhere for the illegal immigrants to go after the US Customs and Border Protection dropped them off at the town’s doorstep. In a statement by the city, officials say that despite their best efforts, the situation is a major crisis.

While the federal government says border agents turned away some illegal immigrants due to COVID-19, children and families are allowed to stay. McAllen city officials say the Biden administration’s policies include “unacceptable flaws” in the immigration system that needs to be fixed by Congress.