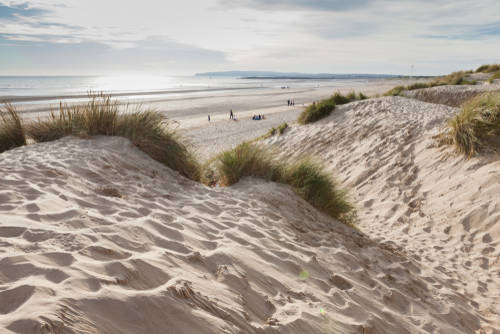 A body was found buried on a beach after a sand dune collapsed on him.  This occurred last Sunday on a beach in Martin County, Florida.  The man was a thirty-five-year-old photographer named Sean Nagel.  In what can only be described as a freak accident, the Martin County Sherriff detectives believe it was likely an accident.

A person noticed a portion of the victim’s body in the sand.  The person then called for help.  It was determined later that the victim died hours before being found from asphyxia as a result of being trapped underneath the sand.

According to the Sherriff’s department, detectives do not believe foul play is involved.  They believe that the victim rested underneath a dune while recording the sunrise.  At some point, the dune collapsed and trapped him underneath the sand.

Detectives did not believe that the pending toxicology test that is standard procedure would change the outcome of their investigation.  They believe this to be an accident.

According to a Facebook post, his services are tentatively scheduled for August 20th.  His brother Will Nagel shared the tragic news of his brother’s death.  As he is dealing with his grief and disbelief, he reminds everyone to “Please remember to enjoy your life and don’t take a single second for granted.”

There have been two prior deaths this year due to sand collapsing.  A teen died in May while he and his sister dug a hole in the sand.  They were on vacation in New Jersey.  Both he and his sister became trapped after the hole collapsed.  His sister was rescued and survived the collapse.  Shortly before the New Jersey accident, a 13-year-old boy died while digging into a dune at Coral Pink Sand Dunes State Park in Utah.  According to the State Park’s Statement, a family member quickly notified authorities of the incident, and those available began trying to rescue the boy.  He was under the sand for approximately 30 minutes, but by then, it was too late.  They were able to gain a pulse, but he never regained brain activity.  He was declared dead the following day.