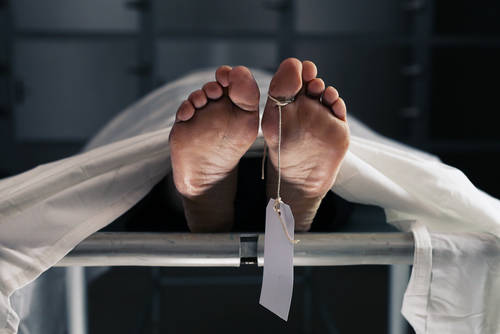 Megan Hess, 45, pleaded guilty after she was accused of stealing and selling bodies and body parts. She charged families $1,000 for cremations that often did not occur. Hess admitted to defrauding at least a dozen families.

Together, they sold human remains for hundreds of thousands of dollars. The records kept contained forged signatures and claims that a donation was authorized, or no donor authorization at all.

Officials said Hess and Koch sold beyond what was authorized and delivered remains to families with the representation that the remains were that of the deceased when, frequently, that was not the case.

Hess wrote to a prospective body-part buyer in 2014 that hospices had four or five deaths a day. She was already negotiating prices of the body parts of the people that were placed in hospice care. When they died, she planned on selling their remains for a profit.

Megan Hess, who had previously pleaded not guilty, is set to be sentenced in January. Hess now faces up to 15 years in prison.

For more information on this fraudulent scheme, check out the news outlets listed below to stay in the know.