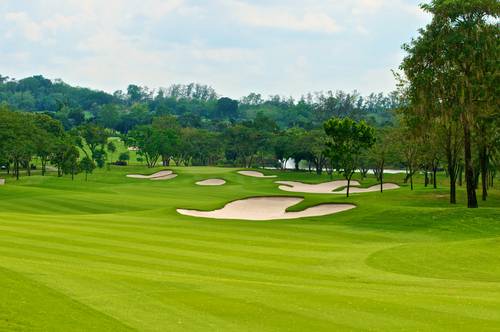 Authorities said a Mississippi man got into a heated argument and bit off another man’s nose all over a round of golf.

According to the Bay St. Louis police department, Mark Wells of Biloxi, Mississippi, used his teeth and bit his fellow golf partner on Monday, November 28.

On Monday night in the Hollywood Casino parking lot, Wells allegedly buried his teeth in the victim’s face before fleeing in a dark-colored Tesla. Wells turned himself in two days later.

Police in Bay St. Louis report that Wells, the victim, and others were arguing about a round of golf they played earlier in the day at Bridges Golf Course, next to the casino.

Throughout the day, the men argued over the round until about 9:30 p.m. things got heated in the Hollywood Casino parking lot, and Wells bit the man’s nose off.

According to police, the man was “discovered with a disfiguring facial injury” due to this alleged bizarre and horrific attack.

In the event of his conviction, he could face up to seven years in prison for charges of felony mayhem.

Wells turned himself into the Hancock County jail on Wednesday morning. According to local station WXXV-25, he was released shortly after paying 10% down of a $50,000 bond.

This isn’t the first time someone has used their teeth to attack others. Just in September, during a road rage confrontation, a top executive at a major alternative meat maker bit another man on the nose.

Ramsey, 53, chief operating officer of Beyond Meat, allegedly punched a motorist and bit him on the nose so hard that his flesh tore, according to a police report.

In the police report, Ramsey alleges that the victim bumped the front tire of his SUV after the University of Arkansas’ football team played a home game in Fayetteville.