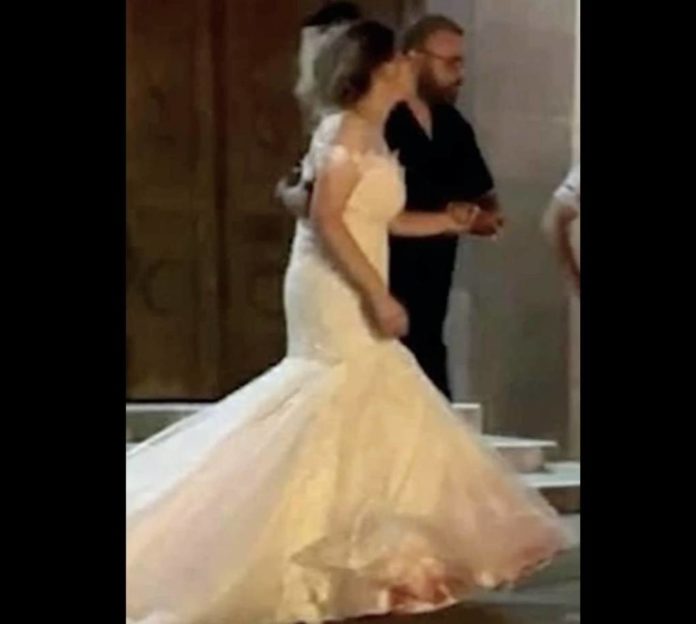 A man who just got married was gunned down and killed in front of his new bride this last weekend. The ongoing cartel war in Mexico resulted in the murder of the groom due to mistaken identity.

It was reported by El Universal that thirty-two-year-old Marco Antonio Rosales Contreras was leaving his wedding ceremony at the Nuestra Señora de La Candelaria church in Caborca at about 5 p.m. local time on Saturday when he was shot and killed.

The shots were fired by an unidentified man who fled down the street, witnesses later reported. On the way to the hospital, Antonio was pronounced dead.

Video footage shows paramedics trying to save IT engineer Antonio as his family and friends panic.

His brand-new wife can be seen hysterically emotional while being escorted away from the church with her white wedding dress streaked with blood.

Antonio was not the only one shot at. Likewise, Antonio’s younger sister, Michelle Adriana, 23, was shot in the back. Her condition was stabilized at the hospital, and she was released sometime later.

Despite preliminary findings, state officials said no course of investigation had been ruled out. Antonio’s killing was considered a “direct attack” by the Sonora Attorney General’s office, even though they believe he may not have been the target.

A statement issued stated, “Investigations indicate that the attack against Marco Antonio was directed towards another individual who was also getting married at the same time in a different nearby city.”

It was reported that an additional man was also shot during his wedding in a neighboring city on the same night, authorities said.

In Mexico’s northwest corner, Caborca plays host to an infamous cartel led by Rafael Caro Quintero, a veteran narco. In Caborca, cartel violence is on the rise as local drug dealers battle an armed branch of the Sinaloa cartel.