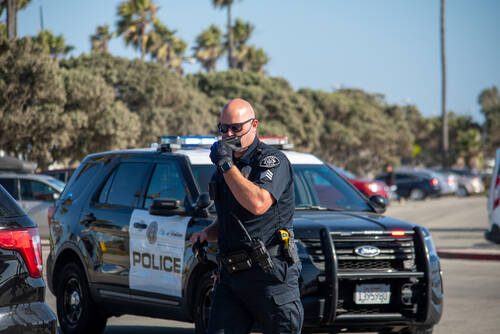 A young mother and her 6-month-old baby were found dead at a home in California after six people were found shot and killed.
The tragic incident occurred near Fresno in the small Central Valley town of Goshen, California.

According to Tulare County Sheriff Mike Boudreaux, the “horrific massacre” killed the 17-year-old mom and her 6-month-old baby after they were both shot in the head.

According to the Tulare County Sheriff’s Office, the incident occurred on Harvest Road around 3:30 a.m. Monday morning. Due to the number of shots fired, those reporting the shootings believed it to be an active shooter situation.

During a briefing with reporters, Boudreaux described the shooting as a “horrific massacre.”

Seven minutes after receiving the reports, police responded to the scene and found two dead victims in the street.

When police searched the premises, they found multiple victims, including a third person in the doorway. It was discovered that there were six victims, all of whom were dead.

Further, he said police believe it was a targeted shooting that may be gang and drug-related. Two suspects were being sought, he added. Before police arrived, they fled the scene.

According to Boudreaux, the property contains multiple residences, including trailers. Two women witnessed the shooting.

There were others on the property at the time. “We do have family that has been escorted from the scene, we do have survivors,” Boudreaux said without disclosing how many are still alive.

This isn’t the first time police have been at the premises. Police searched the same house for drugs a week before the shooting.

The investigation is still active, and police will continue to search for the suspects.