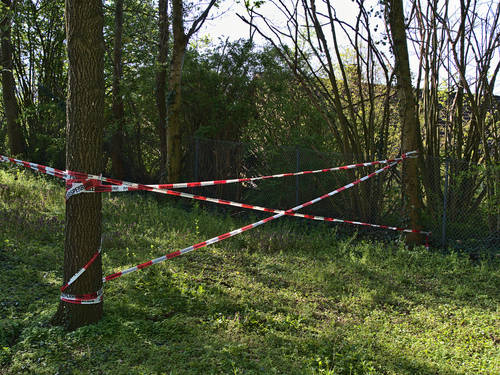 Human Remains that were found last month in Ohio, police have identified as a woman that has been missing since 2017.

The police gave a press conference Tuesday morning detailing the information. Police say the remains belong to a would-be thirty-four-year-old woman, Amy Hambrick. The last time her family and friends saw her was five years ago, in 2017. Hambrick had planned to meet up with a friend at their home, but according to her family, she never made it and has been missing ever since.

According to police, her remains were found in a forested area on the east side of Thorn Hill in Youngstown, Ohio, on August 26.

Chief of Detectives, Captain Jason Simon shared that a woman was searching for her lost dog in the woods and came across the remains. They were found wrapped in a large cloth. The woman originally brought the bones back to her house and then called the authorities. After police confirmed them to be human remains, they were taken to the Mahoning County Coroners’ office for identification and testing.

Forensic Odontologists were able to confirm the identity of Amy Hambrick based on a dental evaluation.

Many questions have risen since the remains have been found. Family and friends have waited five years to find out what happened. With this new discovery, many new questions are being asked, especially from those wanting to know how she died. These questions, unfortunately, will not be answered at this time.

According to Chief Simon, the cause of death will be listed as undetermined, due to the condition of the bones. The case is still being actively investigated.

Simon stated, “Someone knows what happened.”

The police will continue to investigate the death of Amy Hambrick. Hoping that it will bring closure to both family and friends.