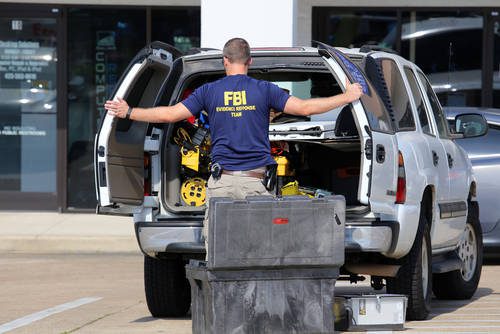 During a raid on an ABC News journalist’s Virginia home, the FBI seized classified information from his laptop, according to reports from Rolling Stone. In the aftermath of reporting on several high-profile national security and terrorism stories, he has been missing since the raid.

As Rolling Stone reported, in April, heavily armed federal agents raided the penthouse apartment of 52-year-old investigative reporter James Gordon Meek, who produced Hulu’s documentary “3212 Unredacted.” He has not been seen in public since the raid.

Gorokhov said, “If such documents exist, as claimed, this would be within the scope of his long career as an investigative journalist covering government wrongdoing,” he explained to Rolling Stone.

A Hulu documentary about the coverup of the deaths of US service members in Niger in 2017 was based on Meek’s reporting on the Pentagon coverup.

“The allegations in your inquiry are troubling for a different reason: They appear to come from a source inside the government,” Meek’s lawyer told Rolling Stone.

“It is highly inappropriate, and illegal, for individuals in the government to leak information about an ongoing investigation.” He added, “We hope that the DOJ [Department of Justice] promptly investigates the source of this leak.”

The raid was quick and lasted about ten minutes.  It took place on the top floor of the six-floor Siena Park apartment complex, Rolling Stone reported

As part of its policy, Biden’s administration forbade federal investigators from seizing journalists’ records without prior authorization by the deputy attorney general.

In a statement to Rolling Stone, a spokesperson for ABC News said: “He resigned very abruptly and hasn’t worked for us for months.”

Rolling Stone reported that ABC News staffers who worked with Meek said he “fell off the face of the Earth.”

Rolling Stone reported that Meek’s neighbors had not seen him since the raid. In addition, witnesses told the magazine that the apartment appeared vacant. Currently no one has come forward with information and no one knows where he vanished to after the raid six months ago.