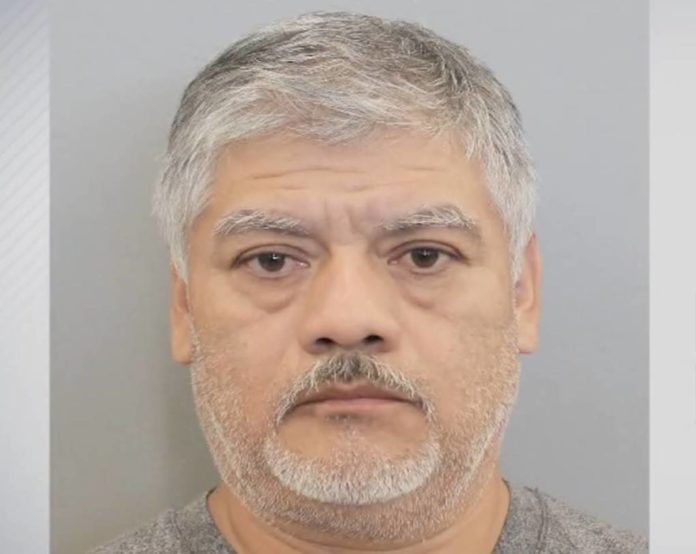 A Texas woman claims that a night custodian at a medical office building urinated in her water bottle, causing an incurable sexually transmitted disease. She has since filed a civil lawsuit.

A fifty-year-old janitor, Lucio Catarino Diaz, allegedly opened the woman’s water bottle, put his penis inside, and urinated in it. This shocking incident occurred at her desk in the office she worked, where she would leave her water bottle overnight.

According to KPRC, Diaz had worked for the custodial company for twenty years, he has since been arrested and charged with aggravated assault with a deadly weapon.

After detecting foul odors and taste in her water and discovering the yellow interior, she decided to use a camera to catch Diaz.

The camera footage caught Diaz in the act. The woman told KHOU11 that he “Just picked it up, removed the cap, and proceeded to put his penis halfway into the bottle, then he tilted it up so that his penis was surrounded by the water.”

According to the suit, Diaz was not adequately vetted by the building owner, management company, or janitorial company that employed him.

Since August, the victim started bringing her own water to work every day after noticing the office water dispenser at work smelled and tasted funny. She would then leave her water bottle at work for the following day.

It wasn’t until a few days later that she noticed the bottle started to smell—a co-worker making her coffee in September glanced into the bottle and saw it was yellow.

“I felt disgusted,” the victim stated to KHOU11. “I raised it to my face, smelled it, and it smelled like urine.”

Working in a medical setting, she had the substance tested by a doctor she worked for, and it was confirmed to be urine. Another co-worker experienced a similar thing.

When questioned by police, Diaz allegedly admitted to the allegations, saying he had done it out of “malicious intent.” He had also admitted to doing something similar at his previous job.

Despite not knowing how often he had done this and not knowing he had any diseases, lab tests confirmed that he was positive for the same disease as the victim.